Originally, the magnificent Palazzo Corsini began as a casino (a small house surrounded by a large garden) that extended to the banks of the Arno River where Lungarno Corsini is located. The casino belonged to the Ardinghelli family, then to the Medici, and finally to the Corsini: in 1649 the wife of the Marchese Filippo Corsini, Maria Maddalena Macchiavelli, purchased the palace from the Grand Duke Ferdinando II de’ Medici. Today it is in the hands of the Corsini descendants: Miari Fulcis and Sanminiatelli.

The Palazzo today appears as a late Baroque building; one sees Baroque details throughout, from the roofs decorated with statues and terracotta vases – a novelty for Renaissance Florence – and the main, U-shaped courtyard that opens towards the riverbank. The two men responsible for the way the Palazzo Corsini looks today were Bartolomeo Corsini (1622-1685), the son of Filippo Corsini and Maria Maddalena Macchiavelli and, Filippo son of Bartolomeo’s son (1647-1705) who expanded the portion of the Palazzo that extends towards Ponte S. Trinita.

The construction continued non-stop for 50 years. The magnificent interior decorations, which were completed between 1692 and 1700, belong to one of the finest and most intense moments in Florentine painting.

The family commissioned several artists to decorate the noble apartment on the first floor, that includes Galleria Aurora, the Salone, the ballroom and other important rooms; the outstanding painters include Anton Domenico Gabbiani, Alessandro Gherardini and Pier Dandini.

Let’s start at the GROUND FLOOR: consisting of the Summer Apartments and Halls of the Nymph. The decorative scheme here reveals the most romantic and decadent side of the Palazzo with the impressive frescoes and of the evocative grotto built by architect Antonio Ferri.

One level up, the main floor: from the lower floor one reaches the “noble” floor through the imposing grand staircase. From the hallway open the doors to rooms and rooms filled with beautiful frescoes and stuccoes, perfectly preserved. The coup de gras is the majestic Throne Room (320 square meters) where you can feel the ambience of noble antiquity.

Few among the private palaces of Florence are as gorgeous as the splendid Palazzo Corsini, also called “al Parione” and belonged to the famous Corsini family, in the 17th century the richest and most important of all Florence after the Medici. An ascent that culminated in 1740 with the election of Lorenzo Corsini to the papal throne with the name of Clemente XII.

With such prerequisites, it is not surprising that the building with its grandiose façade overlooking the Arno is an architectural masterpiece rich in precious jewels and a collection of paintings, the Galleria Corsini, which can be considered the most important private art collection in Florence. His style (the villla was built at the turn of two centuries, between 1656 and 1737, with at least fifty years of uninterrupted work) is that of a flourishing and decided baroque: each element is stunning scenery and decoration, with a grand façade to the front, from the terrace to the attics with balustrades, until reaching the perfect expression of the “marvelous” in the large helical staircase attributed to Gherardo Silvani.

The building is divided into three main bodies that surround a large courtyard, and among the first things that jump to the eyes there is the obvious asymmetry between the two side parts; according to the original project, in fact, the left wing had to be as big as the right one (ie about twice the current size). Also worthy of note is the crowning of the roof, with the terracotta crater vases and the balustrade decorated with stone statues, following suggestions similar to those that animated the classic “Italian gardens” destined to be famous throughout Europe.

The interiors of Palazzo Corsini at the Parione show once again the best and most fascinating insights of the baroque period, with a great work of stuccos and decorations; Particularly striking is the artificial grotto on the ground floor, designed by Antonio Maria Ferri, an artist who was also the architect in charge of permanently closing the villa’s works; to him the merit for today’s appearance of Palazzo Corsini. In addition to the Silvani helical staircase there is also a monumental staircase made by Ferri that culminates in the staircase of Pope Clement XII.

On the first floor, Galleria Corsini is a precious casket that holds masterpieces of timeless artists, especially relating to the seventeenth and eighteenth centuries Italian but not disdaining the Renaissance, with a prevalence of Roman, Neapolitan and Bolognese schools: among the exhibited painters, Rubens, Beato Angelico, Caravaggio, Van Dyck, Murillo, Filippo Lippi, Luca Signorelli, the Pontormo, Salvator Rosa, Luca Giordano, Gentileschi, and Giovanni Bellini. The Corsini Gallery also hosts bronzes and furniture from the eighteenth century.

Below is a history of the Palazzo Corsini from the 1905 book “Florentine Palaces, And Their Stories” by Janet Ross – some of the scholarship from that day may have changed since!

The Corsini become a wealthy Florentine family in 1500: Palazzo Corsini, also known as the Parione, located on Lungarno Corsini, is still a family home. The building is the result of the acquisition and merger of many historic houses built by different architects: Alfonso Parigi the Younger, Ferdinando Tacca, Pierfrancesco Silvani – author of the beautiful spiral staircase, and Antonio Maria Ferri – who finished the project by drawing the current frame. In addition to the spiral staircase made by Silvani and the monumental one by Ferri, the interior of several rooms of Palazzo Corsini and its halls are filled with frescoes, decorations and period furnishings. The Corsini Gallery, inside the building, is the most important private art collection of Florence, with works dating back to the 1600s and1700s, both by Italian and European Renaissance artists.

Another street, another artist/artisan.  Always hard at work.

Walking down the street on a late summer afternoon, I noticed this artist, hard at work in his studio, bringing to life a cityscape of Florence.  I love that just about everywhere one looks, one finds art.

The unmistakable fragrance of oil paint caught me first.

It’s been a long wait, but today I got a ticket and visited the museum.  It was like going home.  And, the crowds were normal, like pre-Covid levels.  That was a bit comforting as well.

Today I took an idiosyncratic group of photos, and skipped taking pictures of the usual suspects that I love so much (Donatello, Desiderio da Settignano et al).  So, enjoy this random group. 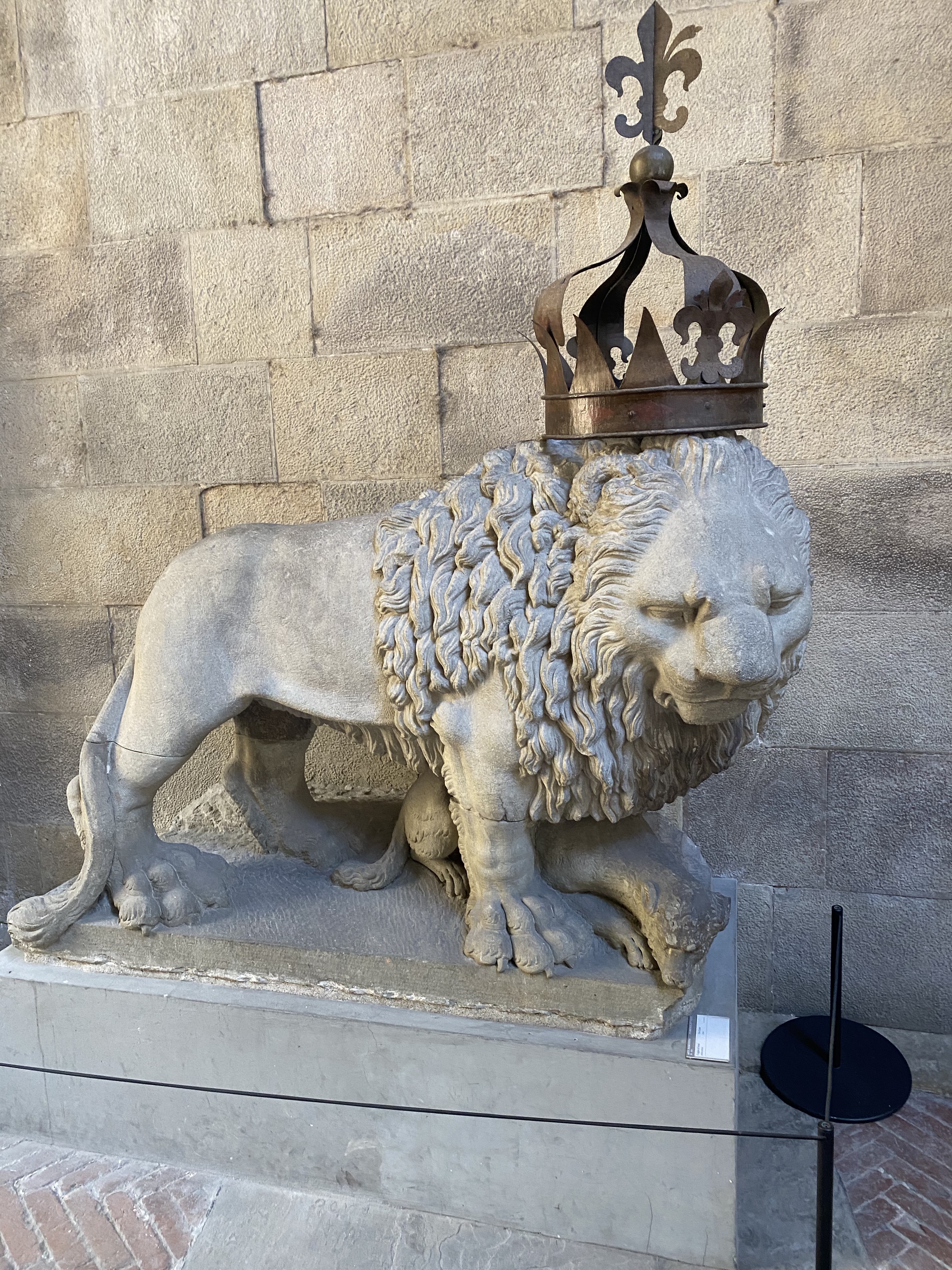 And now, I get a bit more serious with great artwork: 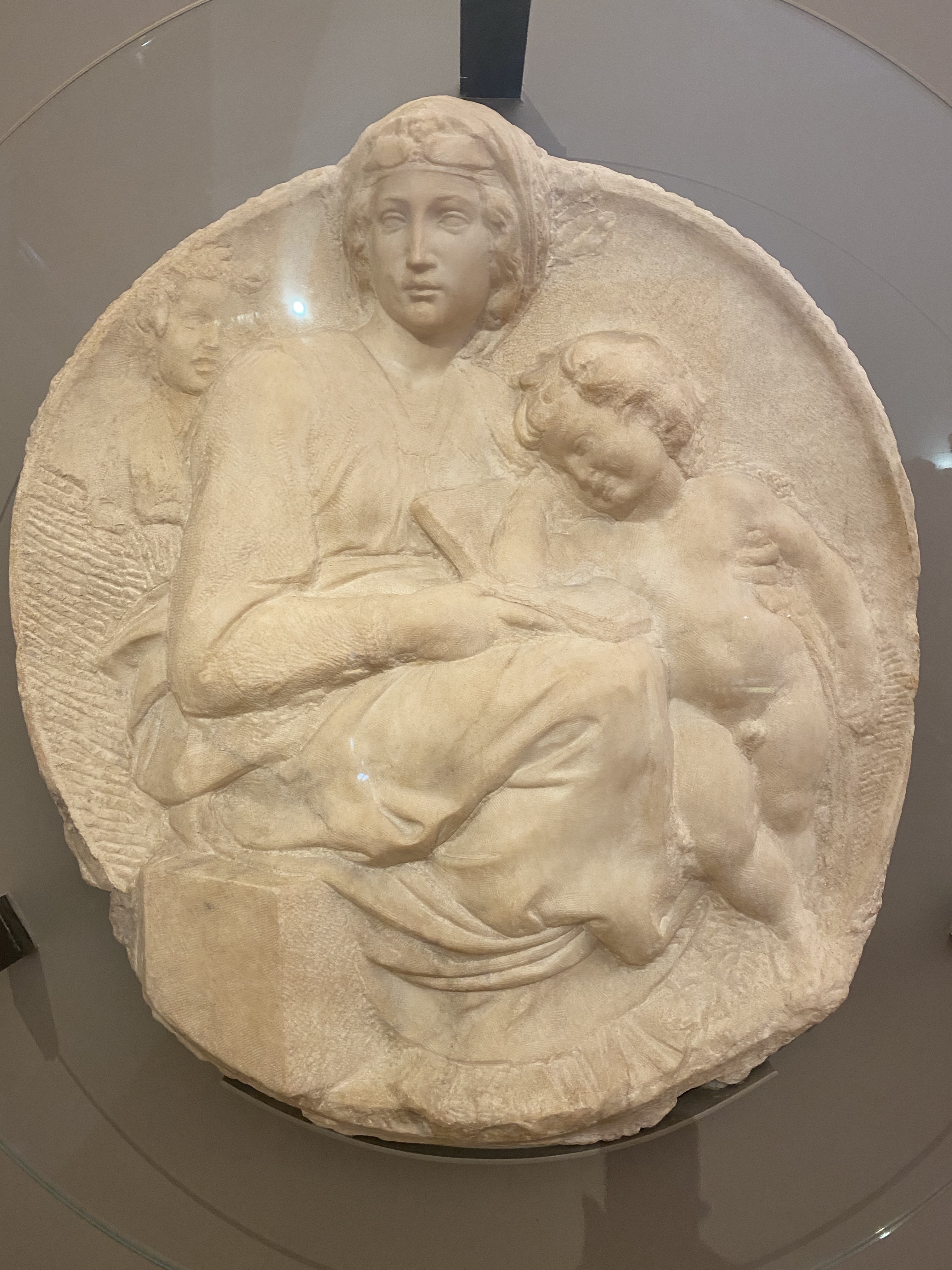 Henry James once said that these two words, summer afternoon, are the most beautiful in the English language.  I agree.

I have a lovely Florentine friend who has an amazing home in the picturesque hills just outside the city.  I had the great pleasure of joining her for lunch recently, and here are some pictures of her beautiful home and gardens.  I am very comfortable saying: I am green with envy! Maybe in my next life, I will be so lucky…!! What a gorgeous summer afternoon. 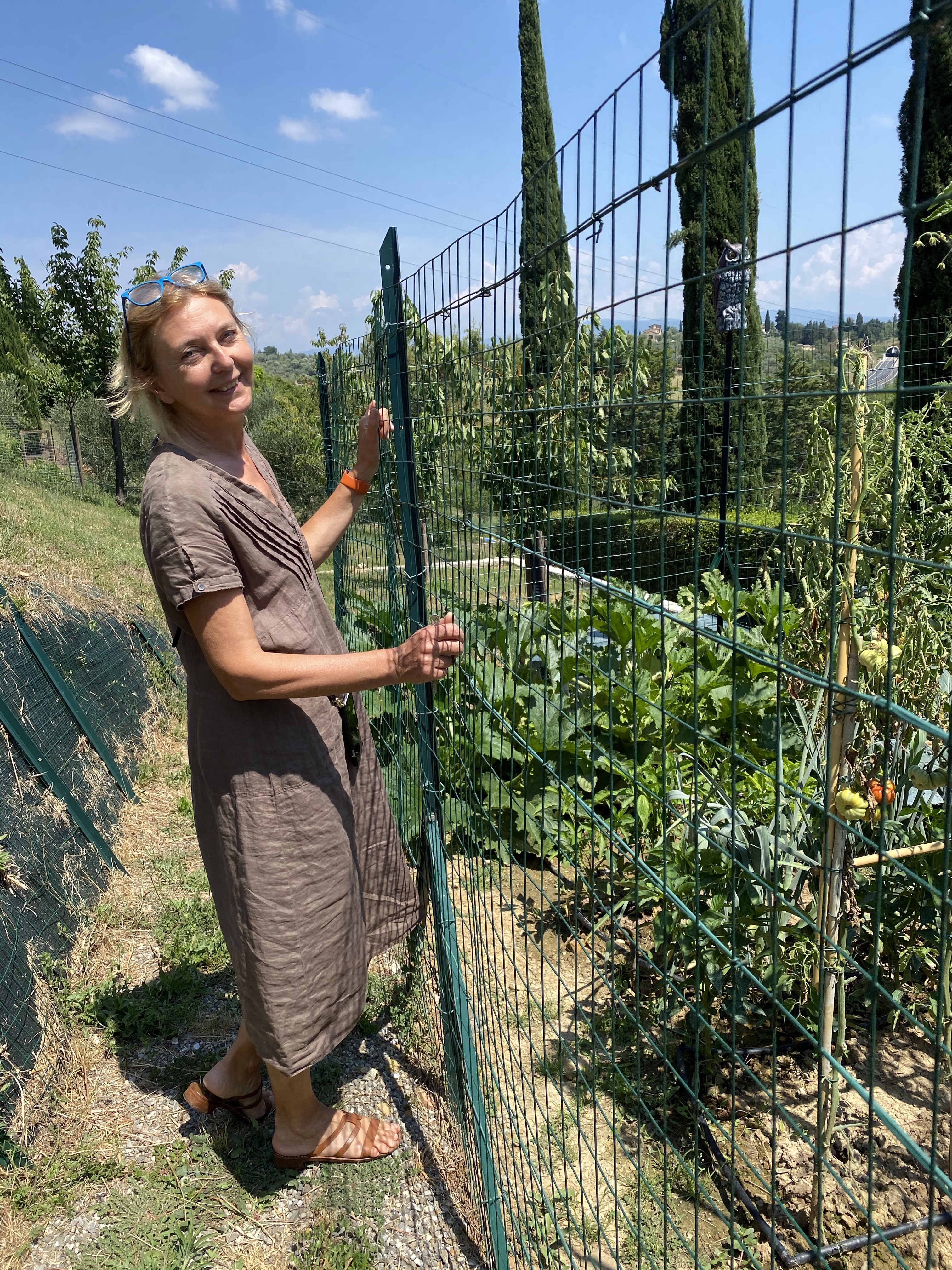 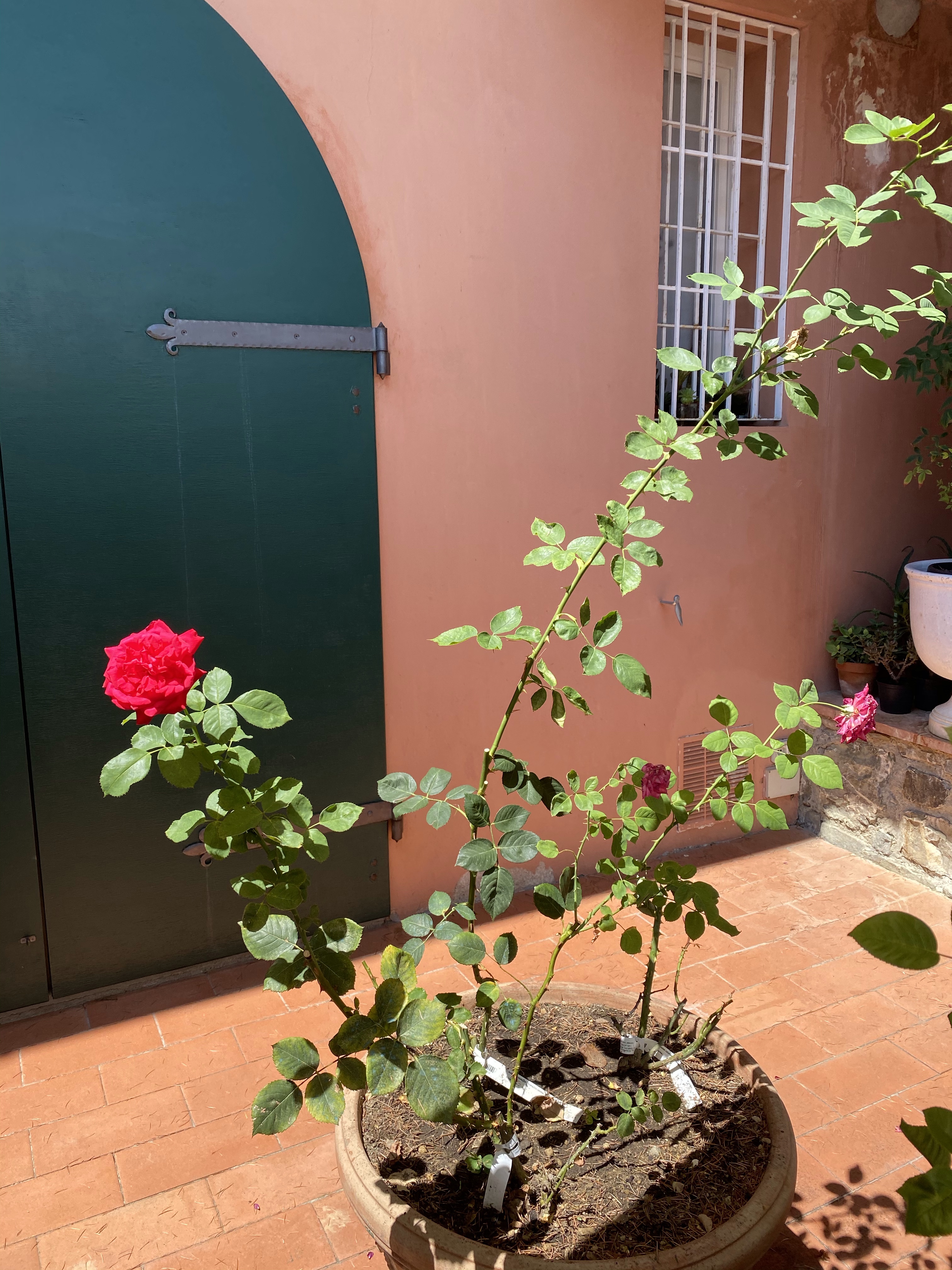 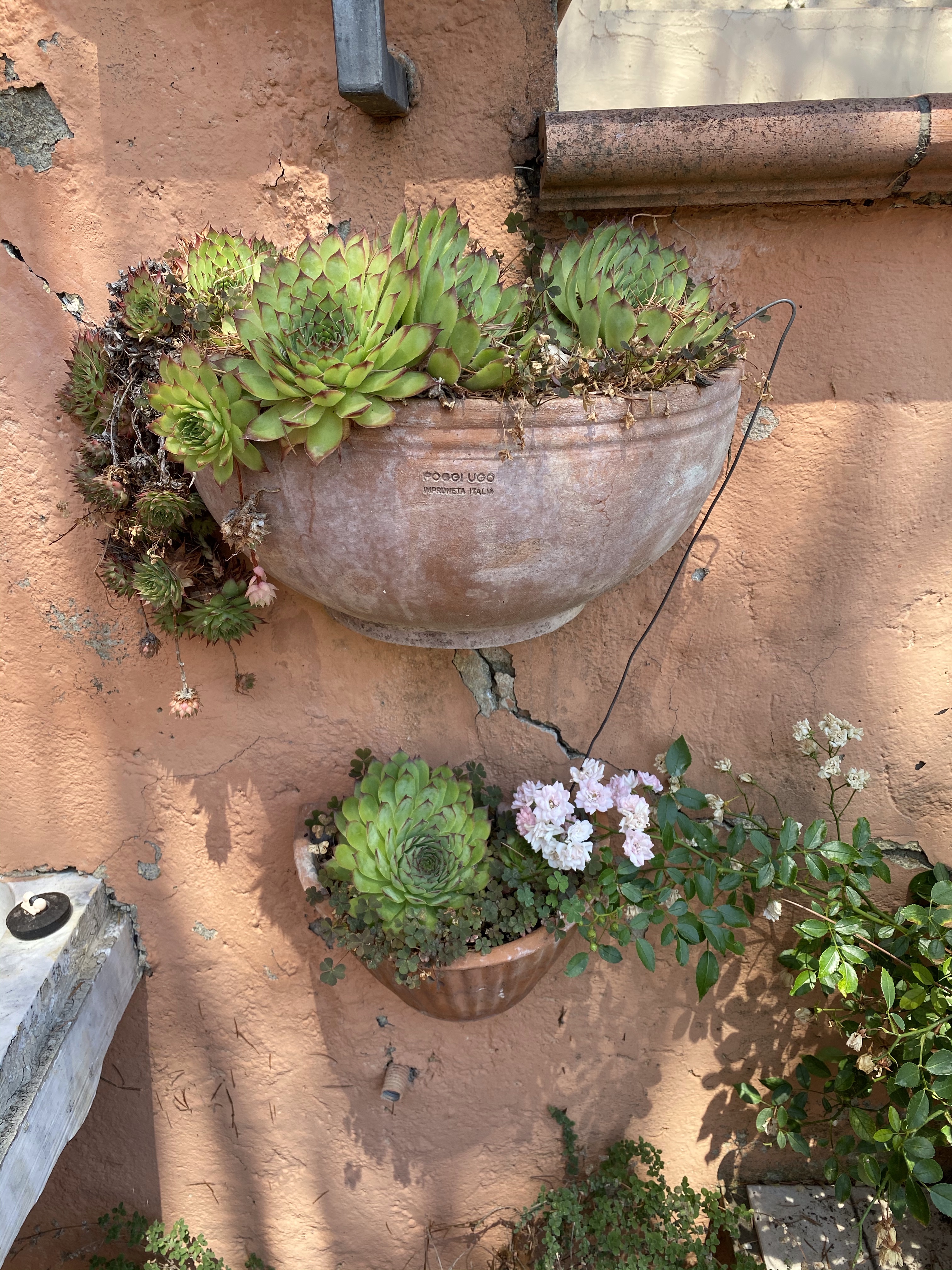 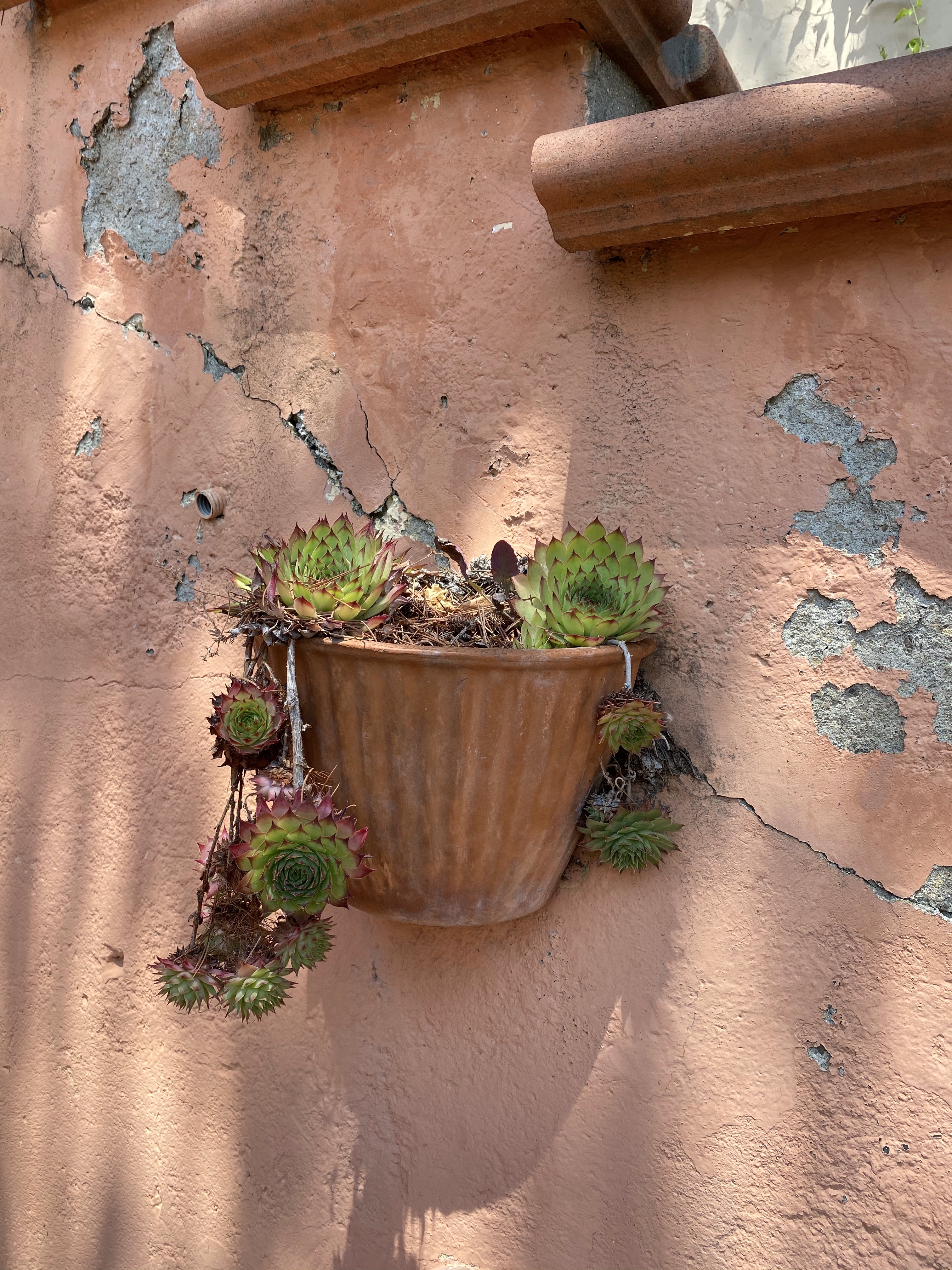 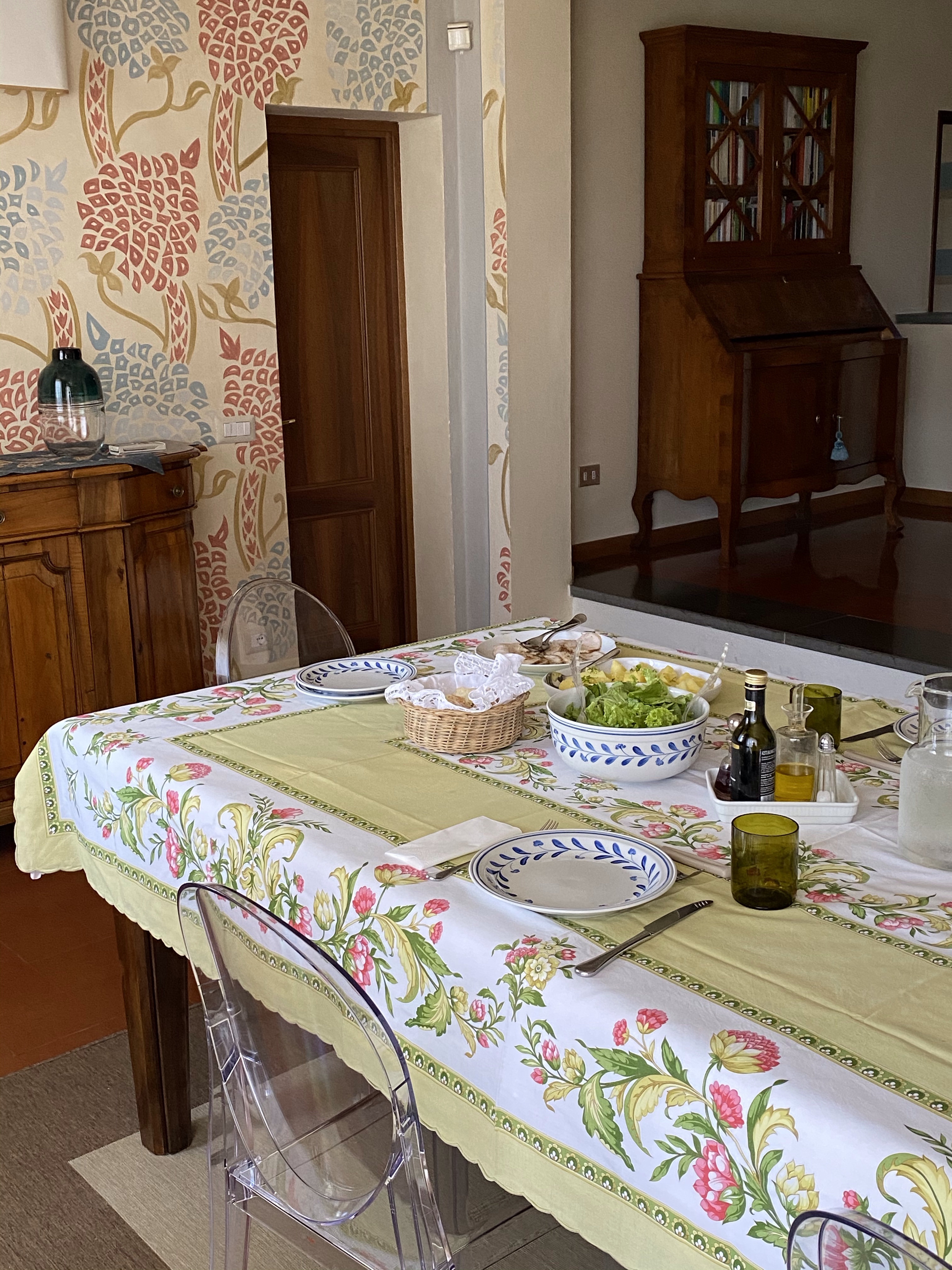 Arianna tole me her wisteria vine is at least 30 years old.  It is fabulous!  Luckily for me, it was on its second bloom of the season.

To lounge on a recliner under an umbrella tree and listen to the cicadas is about as close to heaven as I’ve ever been!

Not far from my home in Florence lies a secret garden, the Orti del Parnaso, filled with lots of symbolism, including a ferocious snaked-shape fountain (water not playing in my pictures).

The garden’s name refers to Mt. Parnassus in central Greece.

The “snake” winds along the staircase leading to the lower garden and into the Giardino orticultura and its Tepidarium by Giacomo Roster.

You can enter the secret garden off via Trento, where an elegant iron gate leads to a beautiful belvedere.  This takes you into the Orti del Parnaso, the highest part of Florence’s wonderful horticultural garden.  Once inside, you find yourself on a splendid terrace overlooking a gorgeous panorama of the city of Florence.

Parnassus of course refers to the famous Greek mountain, which in ancient times was considered sacred to the god Apollo and the nine Muses who headquartered there. The mountain was the source of the river Castalia, which provided passage in mythology to the underworld and was a source of purification.

The fountain in this secret garden completed in 1990 based on a design by Marco Dezzi Bardeschi. It is meant to represent the myth of Python, the monstrous snake son of Gea.  According to the legend, Python was covered with the mud of the Flood and could wrap  the city of Delphi 7 times round with its coils. Python’s breath was so pestilential as to dry out all the plants with which he came into contact (in ancient Greek the verb “pyzein” means “to rot”). Apollo eventually killed Python on Mount Parnassus, near the Oracle of Delphi, and in its honor the pythic games were established. These games were some of the sacred holidays of ancient Greece.

In 2003 the Florentine Parnaso Garden became the seat of the Giardino dei Giusti, or the Garden of the Righteous, a place dedicated to the memory and commemoration of all those ordinary people who tried to save other human beings from persecution, genocide and acts of violence.

In recognition of this status, in the upper part of the park there is a Carob tree about 60 years old. This tree is symbol of the Garden of the Righteous of Jerusalem, dedicated to the memory of Chico Mendes, a Brazilian trade unionist killed in 1988 for his defense of the Indians of the Amazon.

In the same area there is also a 40 year old crepe myrtle, dedicated to the memory of the Tuscan cyclist Gino Bartali, who during the Nazi occupation courageously helped the Jews persecuted by the regime, an action that in 2013 earned him the appointment of  “Just among the nations. ”

And, finally, here’s a video I found on Youtube: 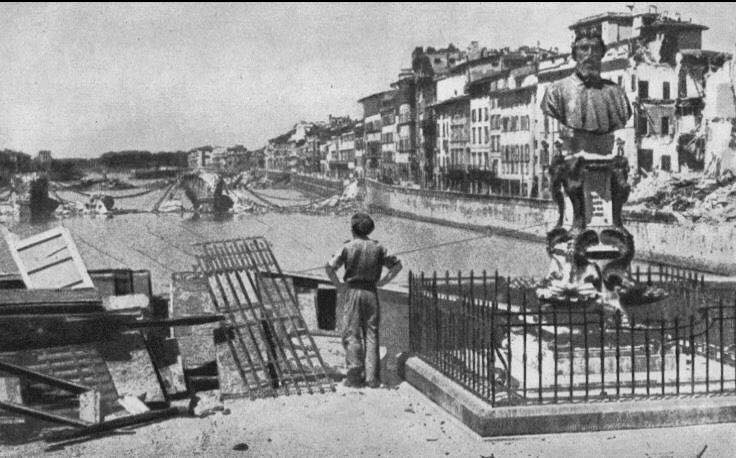