26 June 2018, a new article to add on Ms. Paget: https://frieze.com/article/vernon-lee-psychology-art-writer

Vernon Lee, the pseudonym of Violet Paget (1856-1935), was a well-known English expat writer who lived for many years in Florence.

Lee was the author of essays, literary criticism, travelogues, novels and ghost stories. Among her many books are: Studies of the Eighteenth Century in Italy, The Countess of Albany, Limbo, Genius Loci, Hortus Vitae, The Enchanted Woods, The Spirit of Rome, Laurus Nobilis, Louis Norbert, The Handling of Words and The Golden Keys. She is remembered today primarily for her supernatural fiction and her work on aesthetics. An early follower of  Walter Pater, she wrote over a dozen volumes of essays on art, music, and travel.

Paget was born in France in 1856 at Château St Leonard, Boulogne, to cosmopolitan and peripatetic intellectual British expatriate parents, who later settled in 1873  their family in Florence. 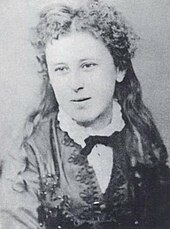 In 1878, she determined to publish under a masculine pseudonym in order to be taken seriously, and in 1880 her collection of essays that had originally appeared in Fraser’s Magazine was published under the name by which she came to be known both personally and professionally. This work, Studies of the Eighteenth Century in Italy, brought to life for English readers the hitherto unexplored world of poet-librettist Pietro Metastasio and dramatists Carlo Goldini and Carlo Gozzi.

The 1881 portrait of ‘Vernon Lee’ by John Singer Sargent

Her collections of essays Belcaro (1881), a work on aesthetics, and Euphorion (1884), which includes essays on Shakespeare and Renaissance Italy, reveal her scholarship, always enlivened by wit and imagination. In her three-volume novel, Miss Brown (1884), she brutally caricatures English aesthetic coteries (especially the Pre-Raphaelites).

Lee wrote more than 30 books, including a play, Ariadne in Mantua (1903), and several collections of stories, among them Pope Jacynth and Other Fantastic Tales (1904). Her powerful allegorical drama Satan the Waster (1920) reveals her ardent pacificism.

Although Lee primarily wrote for an English readership and made many visits to London, she spent the majority of her life on the continent, particularly in Italy. In 1889, she purchased the property known as`Il Palmerino’, where she received visits from famous figures in the world of literature: Berenson, Aldous Huxley, Carl Placci, Anatole France, Mario Praz, etc. Everyone who visited found a woman of high intellect, though sometimes aloof, according to the then young Mrs. Flavia Farrini Cini. But we also know that Lee organized wonderful theatrical recitations and plays, belying her reputation for standoffishness.

In 1922, she restored the property’s country house and Limonaia, and transformed the horse stables into a beautiful salon.  She moved into this house, where she remained the rest of her life.

A commemorative plaque was installed on Il Palmerino, which reads:

VIOLET PAGET – VERNON LEE 1856-1935 LIVED IN THIS HOUSE SINCE 1889. FROM HER YOUTH SHE LOVED ITALY WITH HER PASSIONATE SEARCH FOR BEAUTY, HER MANY BOOKS REMAIN TO PROVE IT.

Lee had an important impact on the city of Florence as well, and protested against the city-sponsored plans to demolish historic buildings, and against the construction of ill-designed ones.  She conducted most of this protesting in long letters to the London Times.

Lee played the harpsichord and her appreciation of music animates her first major work, Studies of the Eighteenth Century in Italy (1880). In her preface to the 2nd edition (1907), she recalled her excitement as a girl when she came across a bundle of 18th-century music. She was so nervous that it wouldn’t live up to her expectations that she escaped to the garden and listened rapturously through an open window as her mother worked out the music on the piano. Along with Pater and John Adding Symonds, she was considered an authority on the Italian Renaissance, and wrote two works that dealt with it explicitly, Euphorion (1884) and Renaissance Fancies and Studies (1895).

She was known for her numerous essays about travel in Italy, France, Germany, and Switzerland, which attempted to capture the psychological effects of places rather than to convey any particular piece of information. Like her friend Henry James, she wrote critically about the relationship between writers and their audience, pioneering the idea of critical assessment among all the arts as relating to an audience’s personal response.

She was a proponent of the Aesthetic movement, and after a lengthy written correspondence, met the movement’s effective leader, Walter Pater, in England in 1881, just after encountering one of Pater’s most famous disciples, Oscar Wilde.

Lee’s open resistance against World War I and her work Satan the Waster led to her being ostracized by the younger generation of scholars and writers. Feminist research led to a rediscovery since the 1990s.

Sources: After Lee’s death in 1935, over 400 books from her library at the Villa ‘Il Palmerino were presented to The British Institute of Florence by her friend and executrix, Irene Cooper Willis.