I had to go back to Padua to see the masterpiece of Medieval fresco painting and I’m so happy I did.  One, two, even three times in a lifetime is not enough.  I’m now at 4 times and counting.

Tuscan sculptor, Giovanni Pisano, is also well-represented in the chapel. 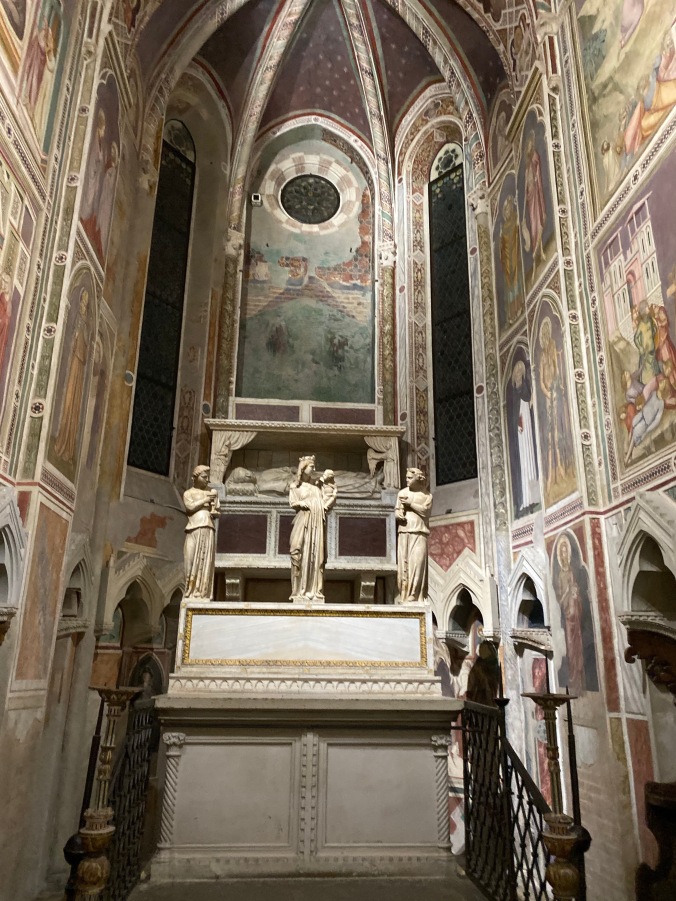 The brochure for the Chapel tells us this about the Scrovegni Chapel: “In 1300, the rich nobleman Enrico Scrovegni acquired the area of the Roman Arena [in Padova], on which he intended to build a fine town house.  Next to it, he had a chapel built and dedicated to the Holy Virgin, for the soul of his father Reginaldo, the usurer mentioned in the 17th canto of Dante’s ‘Inferno.’  Scrovegni commissioned Giotto to decorate the chapel with frescoes which, according to most reliable information, was done between 1303-05. The frescoes cover the interior walls and ceiling of the building completely.  The lower part of the blue star-spangled vaulted ceiling depicts the prophets and the important episodes in the lives of the Holy Virgin and Jesus Christ.  Above the main door is ‘The Last Judgment:’ Christ, as judge, is surrounded by the angels and the apostles; below him, to the right, are the Blessed; to the left, the Damned are depicted as suffering eternal punishment, according to medieval tradition.” 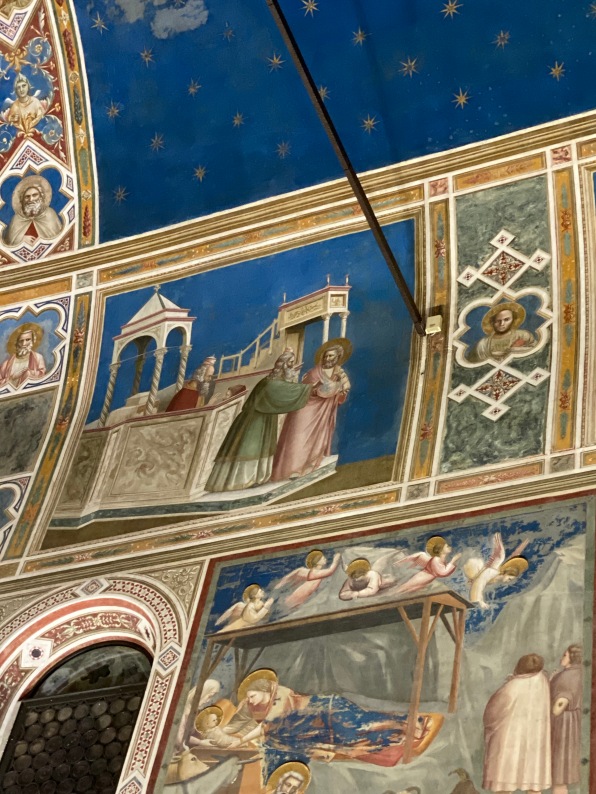 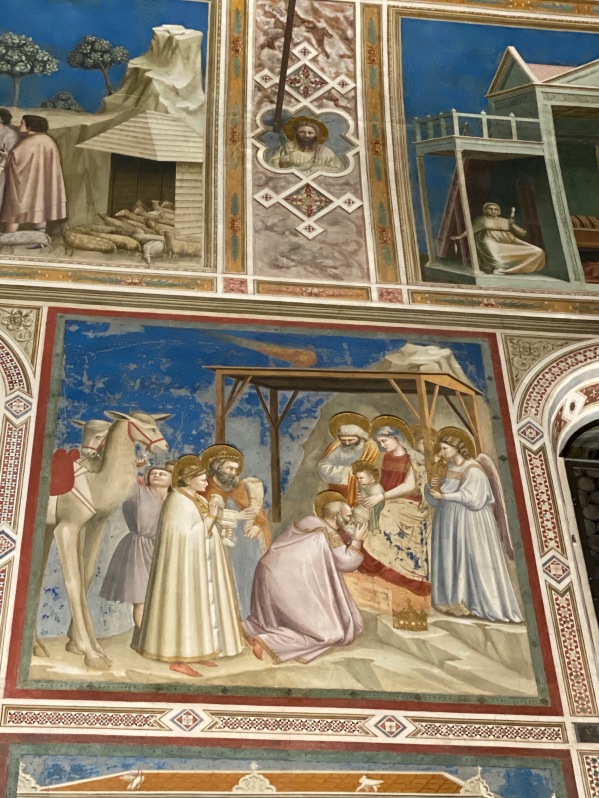 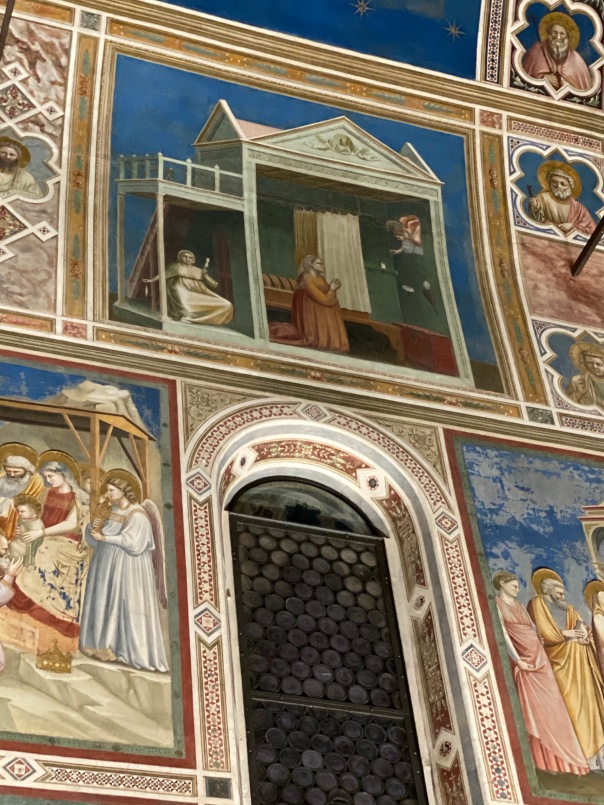 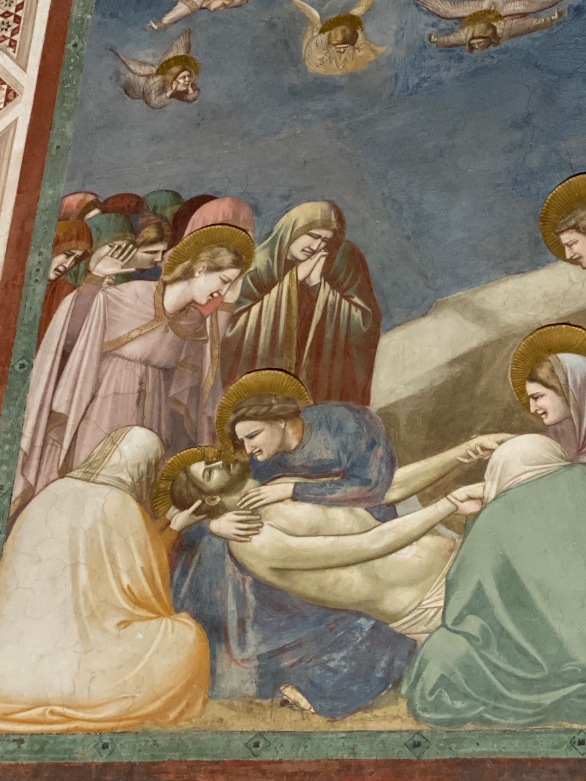 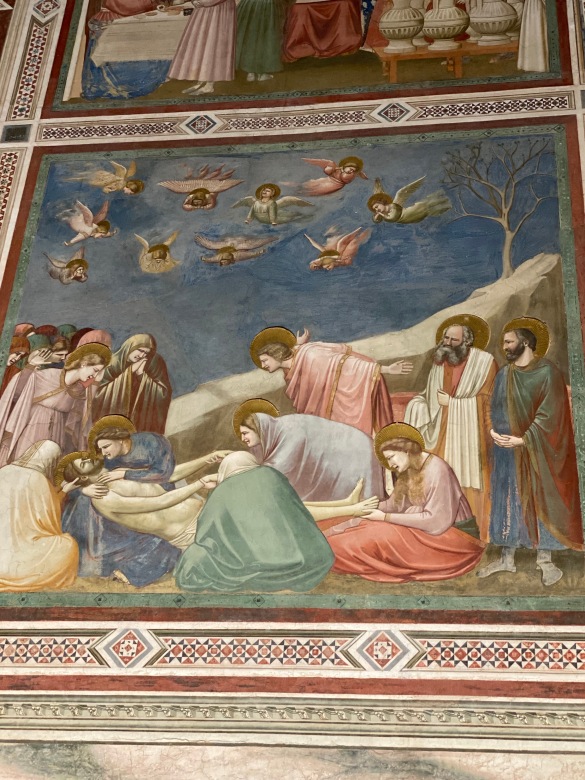 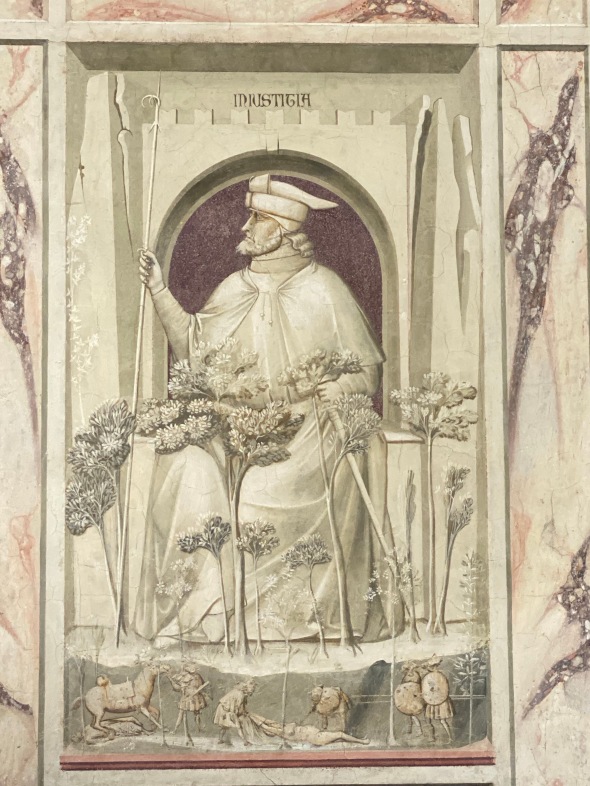 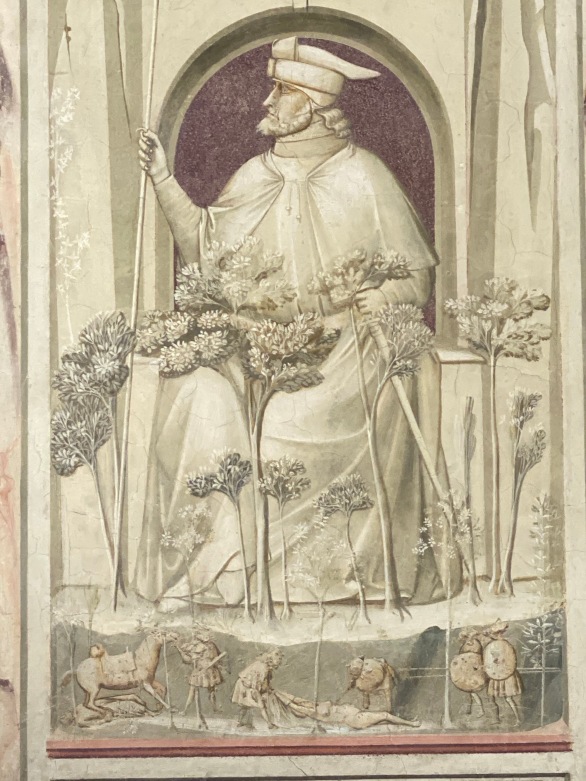 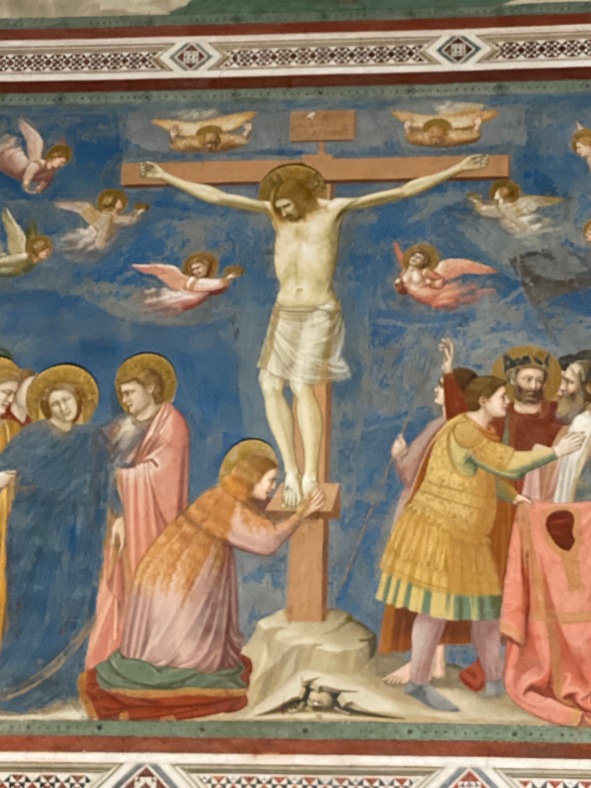 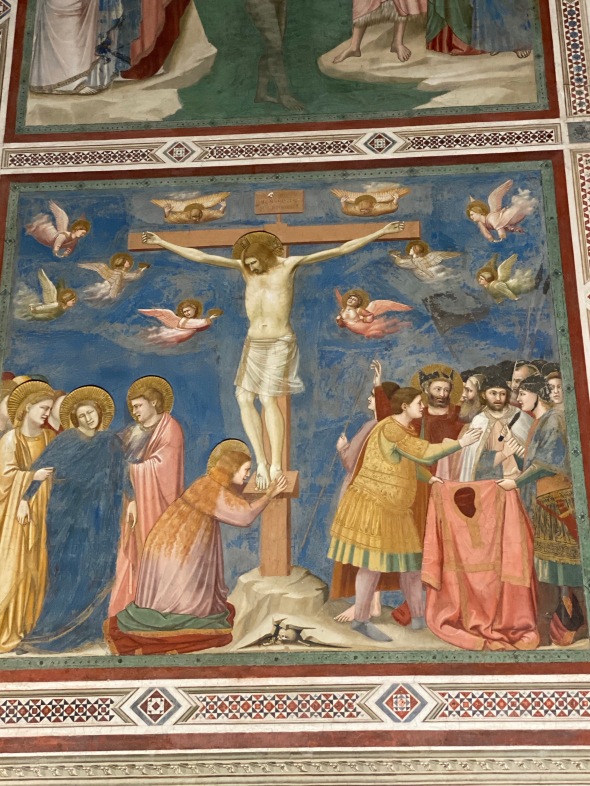 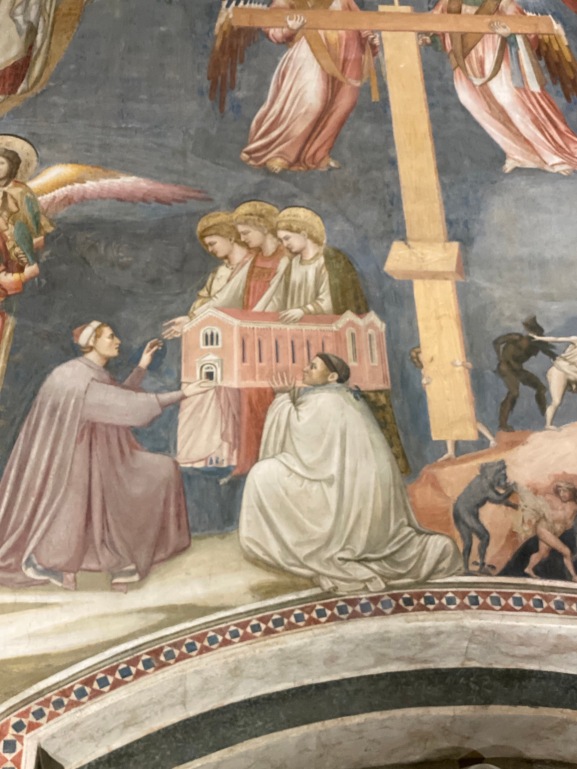 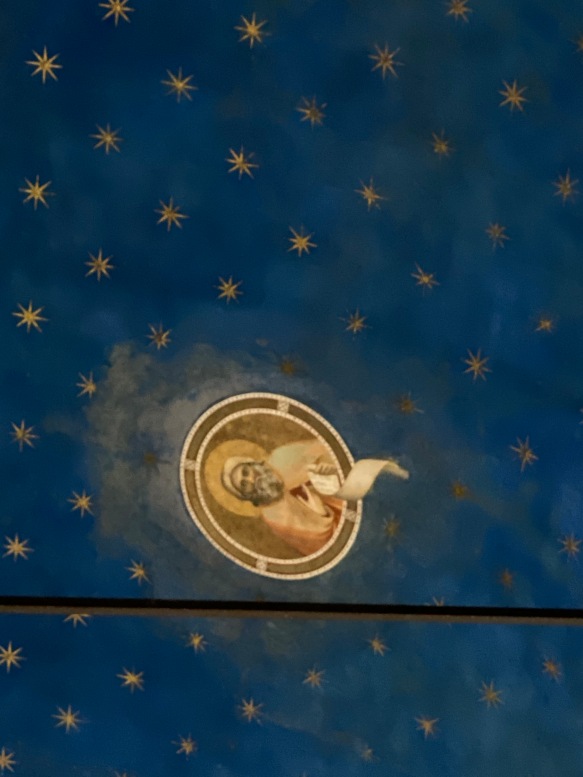 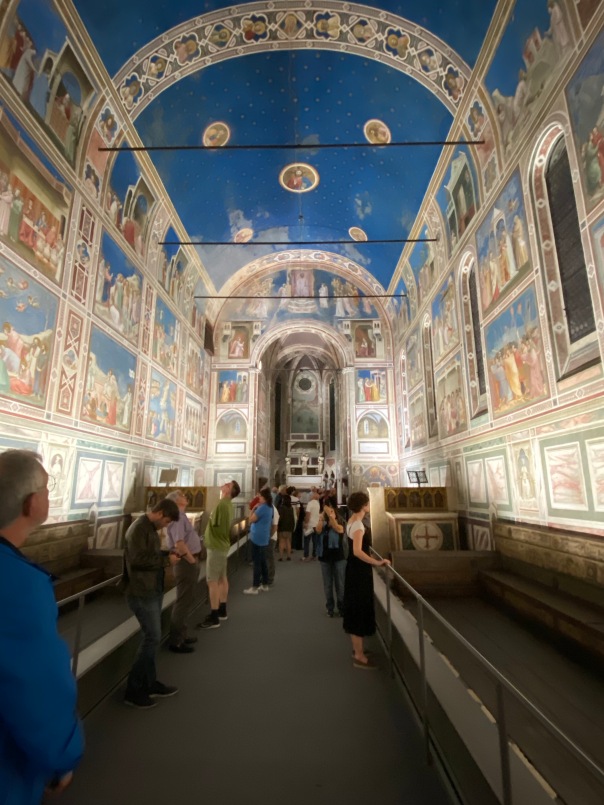 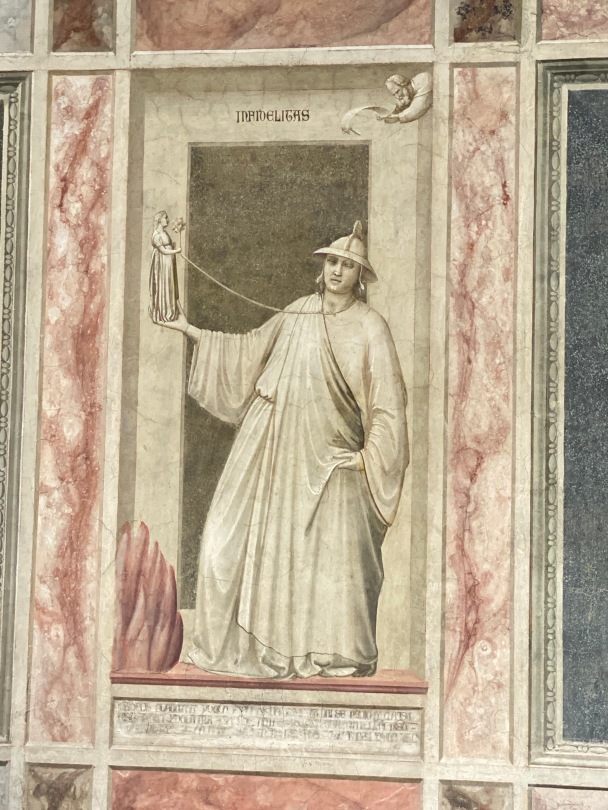 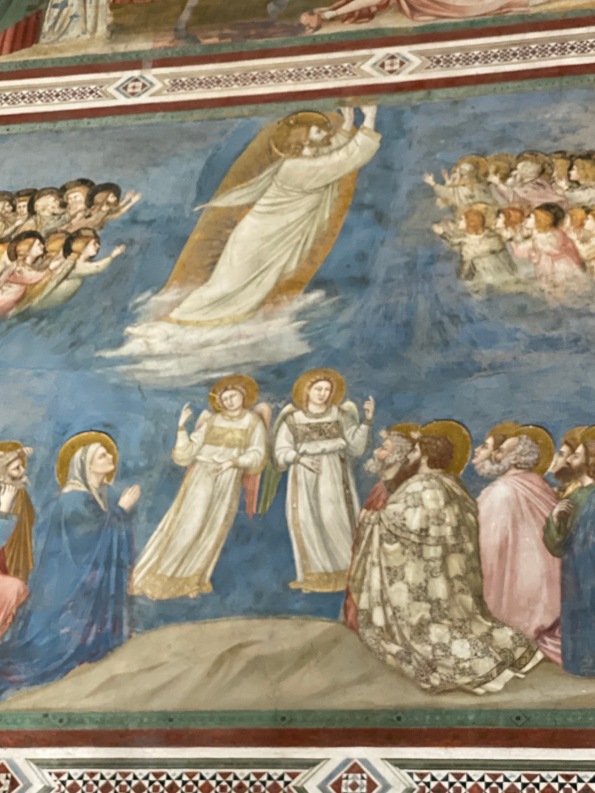 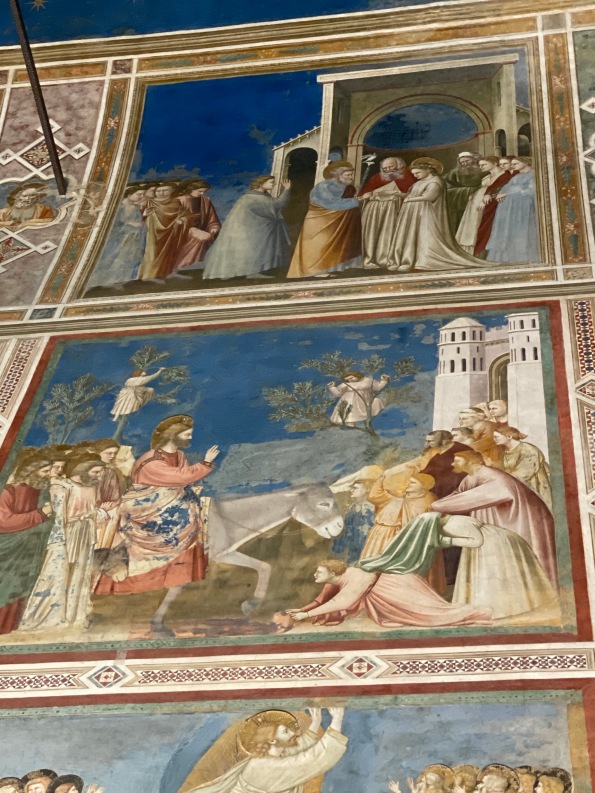 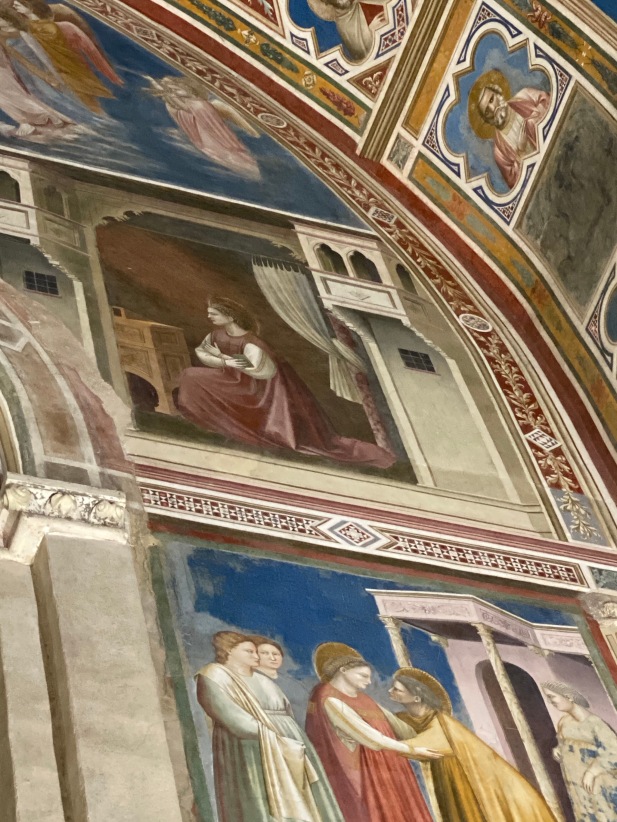 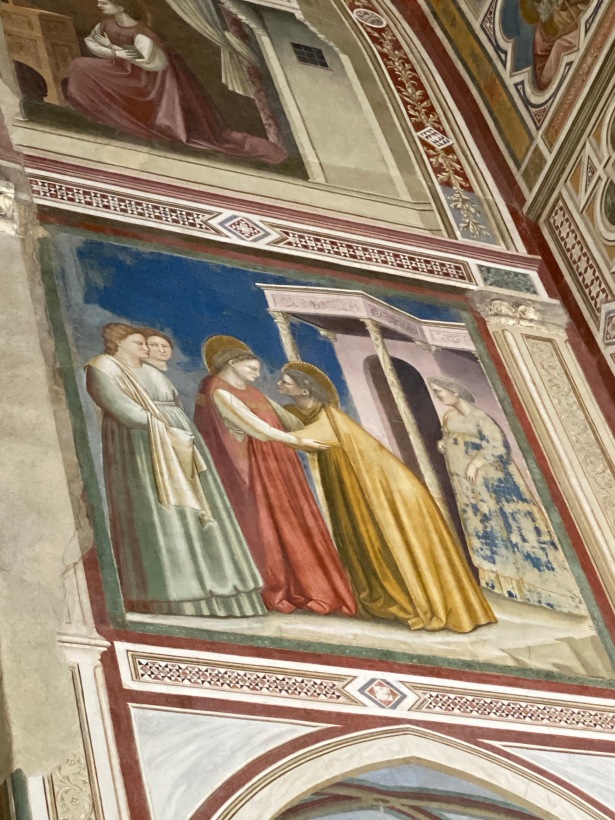 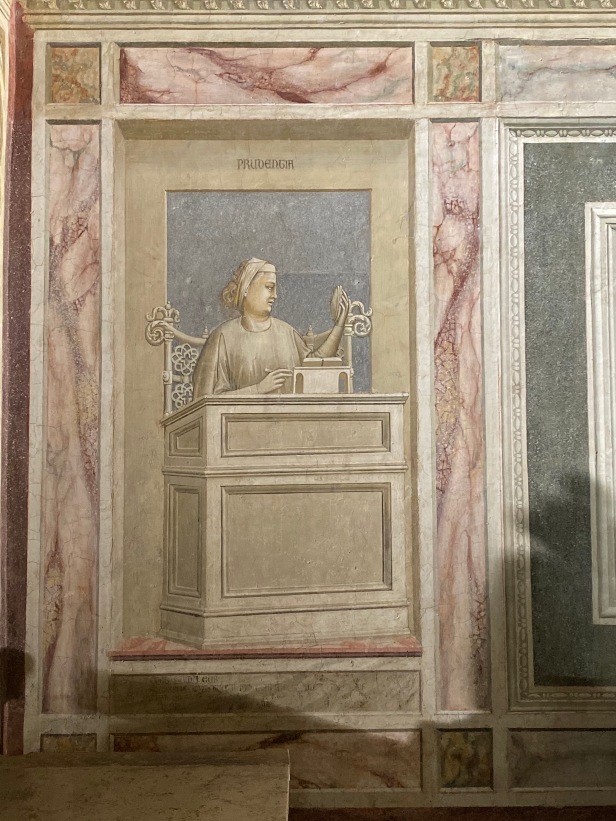 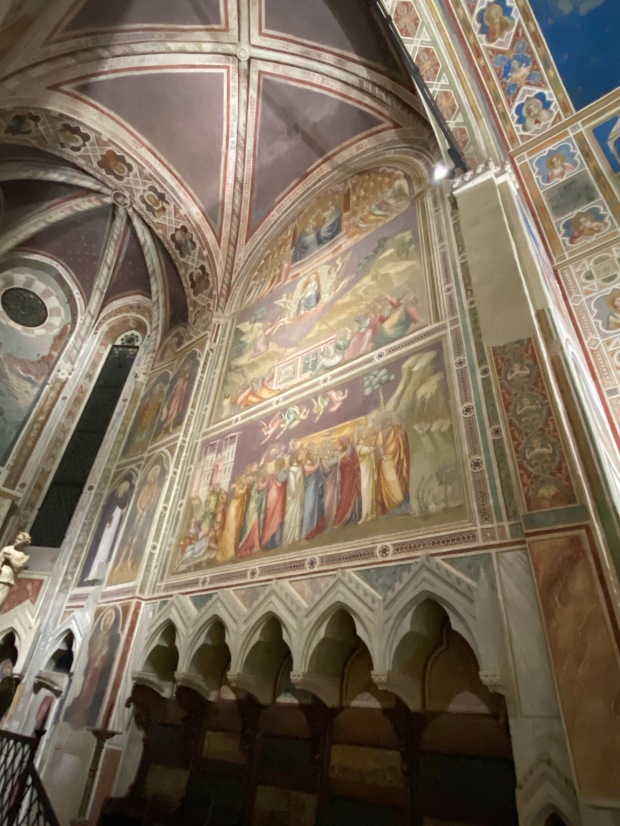 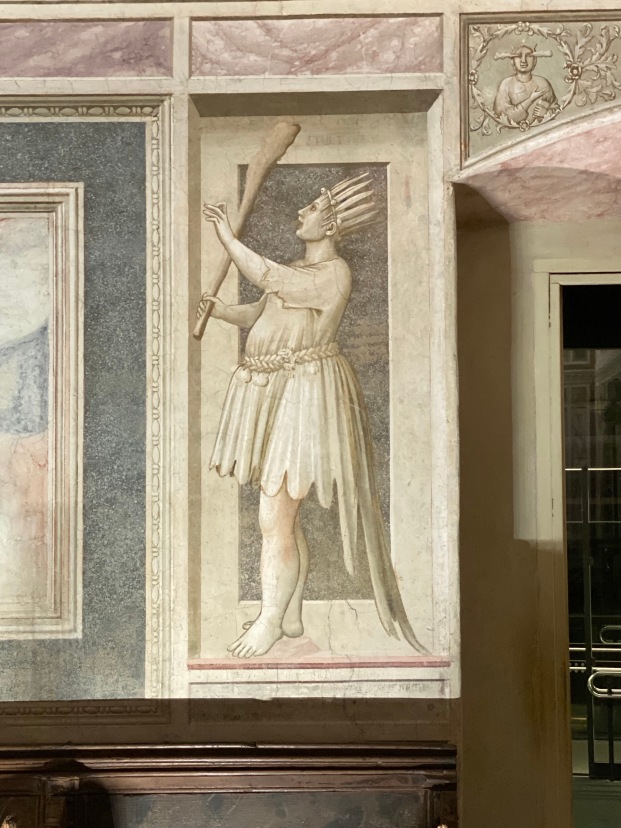 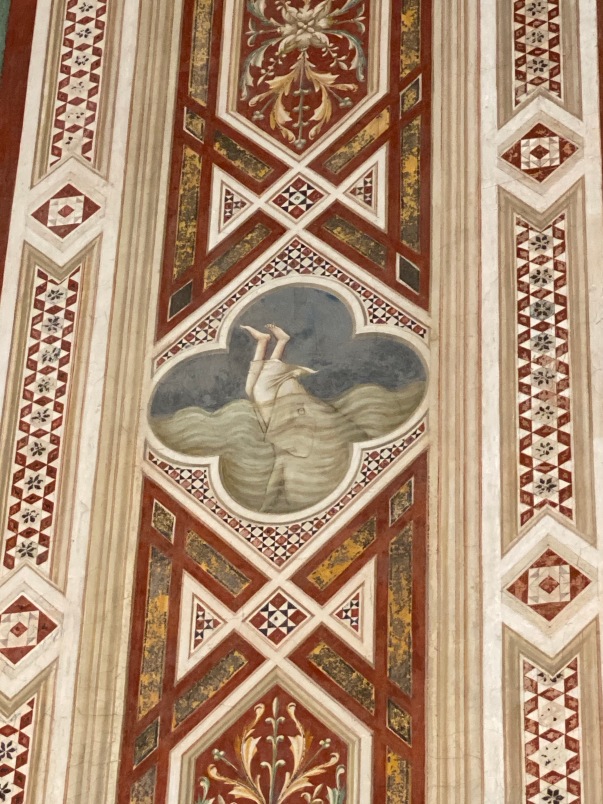 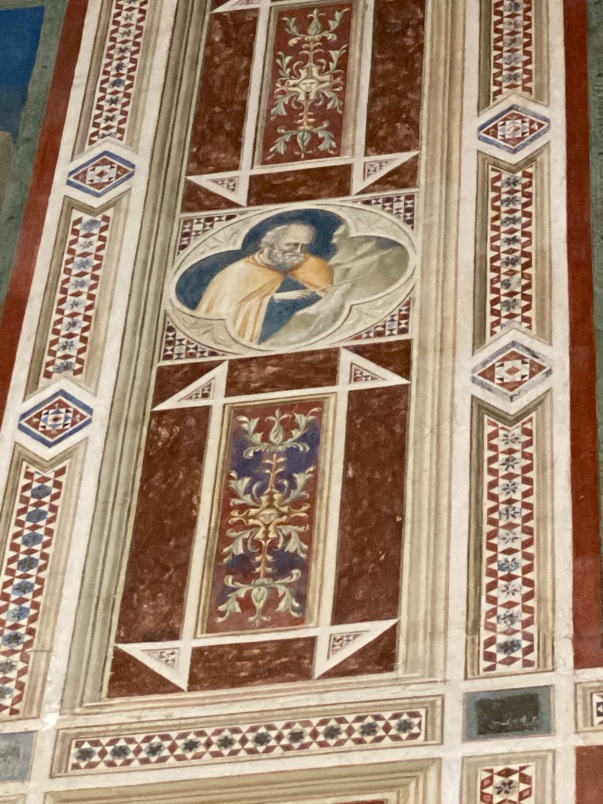 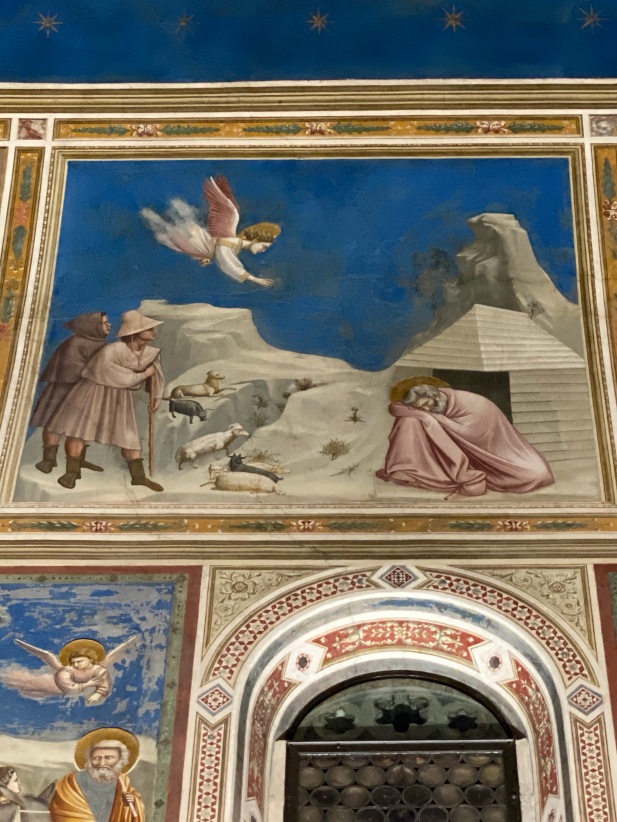 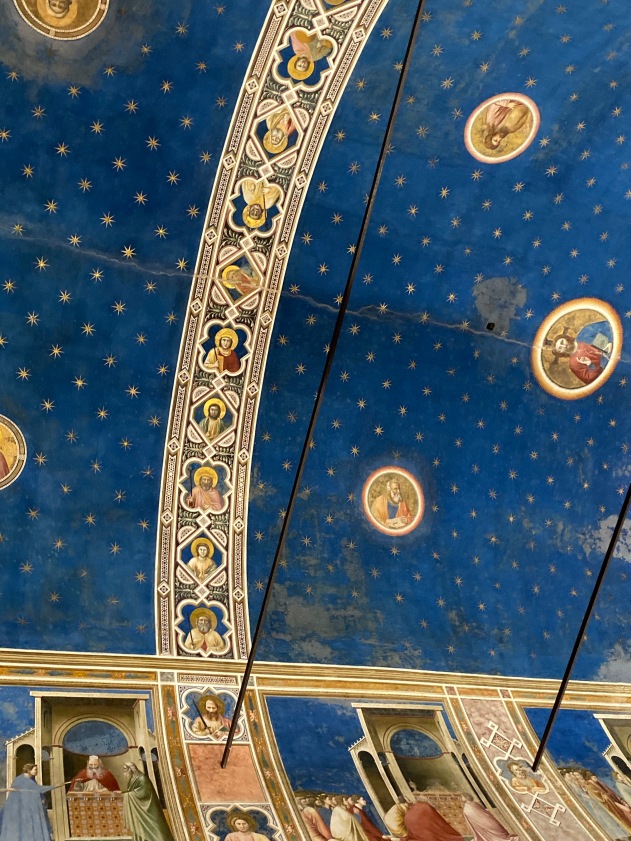 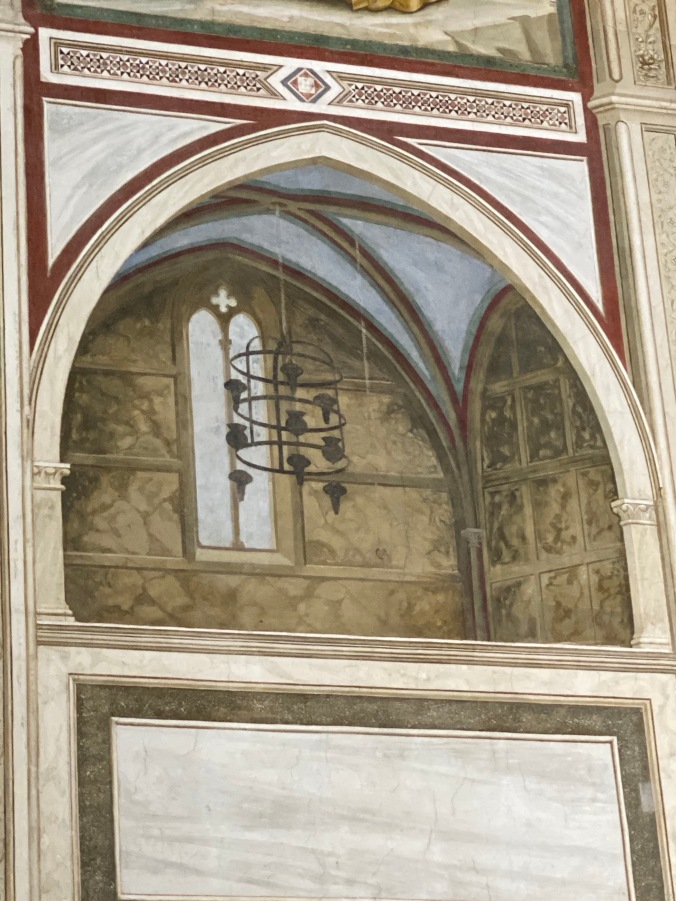 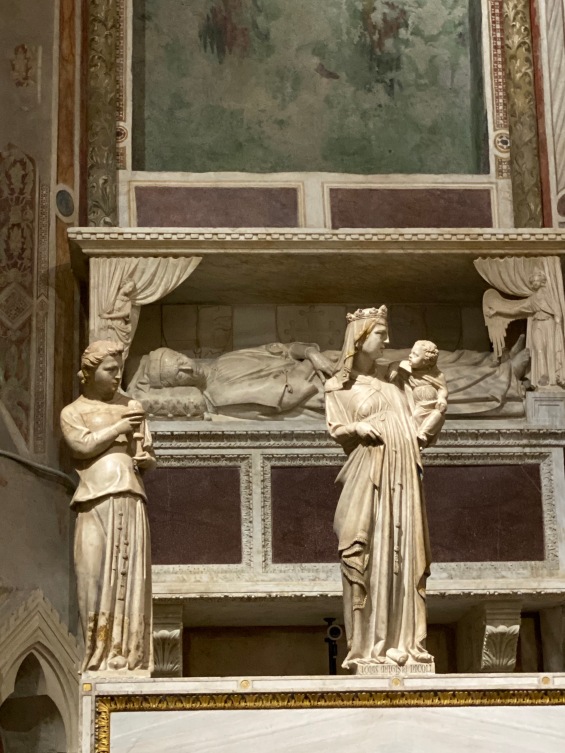