Yikes! Nothing like being met by an army! The outstanding collection of armor below is just one of the many parts of the Poldi Pezzoli Museum that will amaze you in Milan. 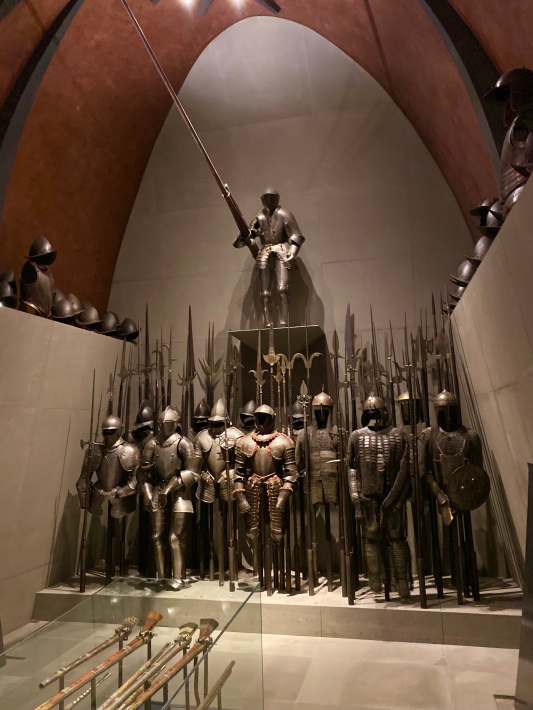 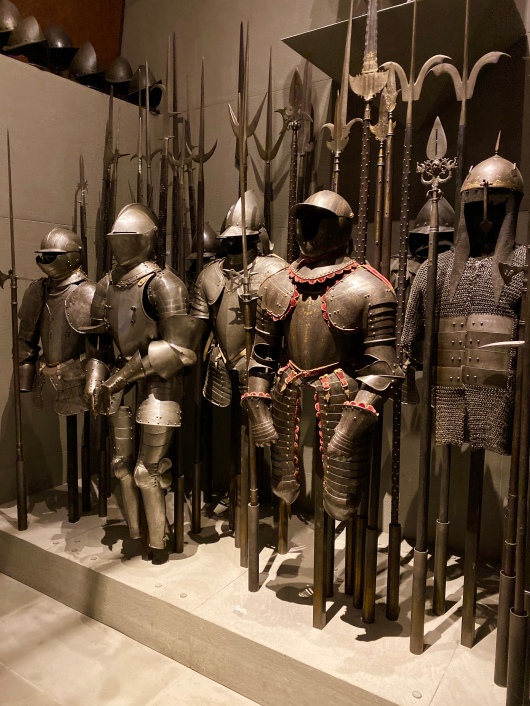 The Poldi Pezzoli Museum is housed in the original 19th-century mansion built by Milanese aristocrat, Gian Giacomo Poldi Pezzoli (1822-1879).  His parents and grandparents had already begun the family’s art collection and he built his palazzo in this tony section of Milan to house the collection it as he continued to enlarge it.  When he died, he left his collection and house to the Brera Academy. The Poldi Pezzoli Museum was opened to the public in 1881 on the occasion of the National Exposition in Milan and has since become an archetype for other famous collectors. 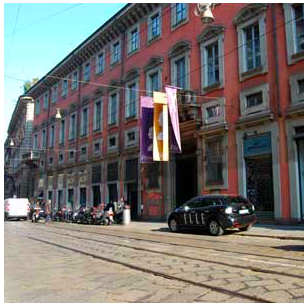 The Poldi Pezzoli is one of the most important and famous house-museums in the world. Located near the landmark Teatro La Scala and the world-renowned fashion district, this house-museum is beloved by the Milanese and international public.

The Poldi Pezzoli is a member of the Circuit of Historic House Museums of Milan, a city network established in 2008 with the aim of promoting the Milanese cultural and artistic heritage.

During World War II, the museum was severely damaged and many paintings were completely destroyed. The palazzo itself was rebuilt and in 1951 it was reopened to the public.

Not all of the house was restored as it appeared during Poldi Pezzoli’s life, but it was instead fitted out as a museum. The grand entryway, with its fountain filled with koi and its spiral staircase are original, as are at least 2 of the piano nobile galleries.  You’ll recognize them right away in the pictures below.

Let’s begin at the entry way.  What a greeting! 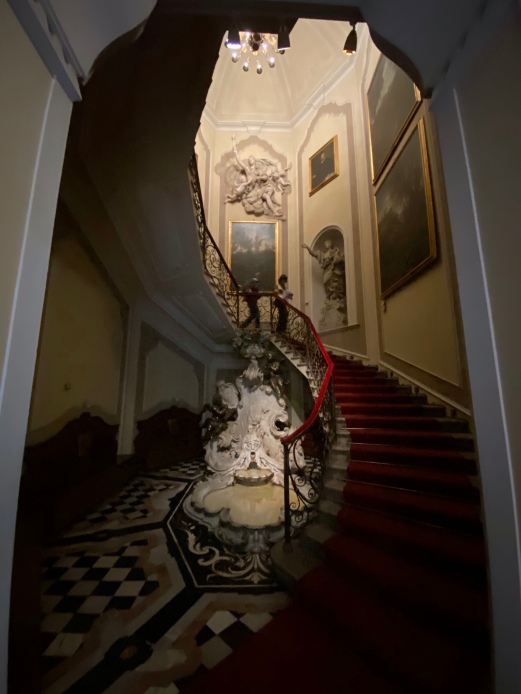 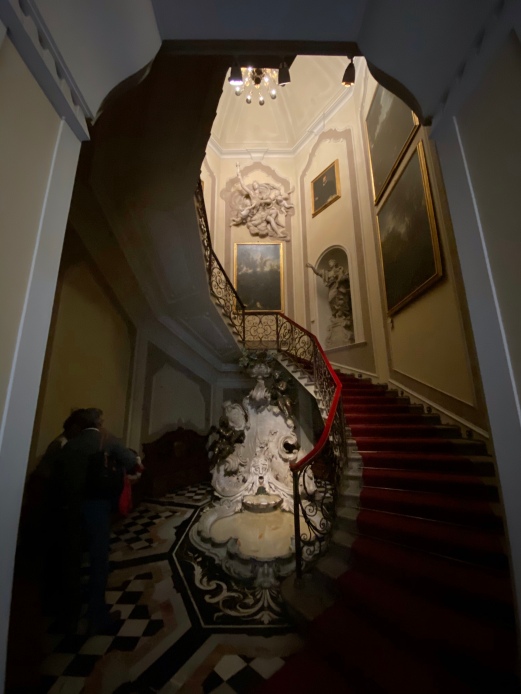 Below: the view of the fountain from atop the staircase:

I was a bit obsessed by the fountain; can you tell? 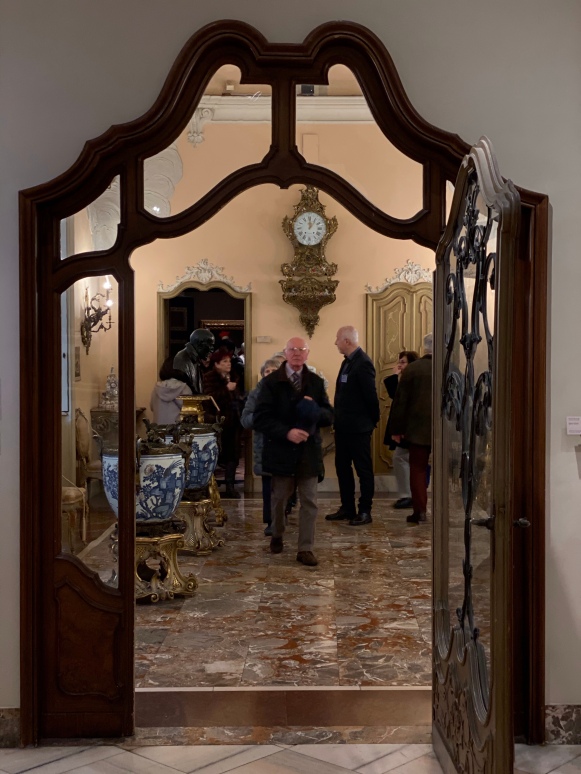 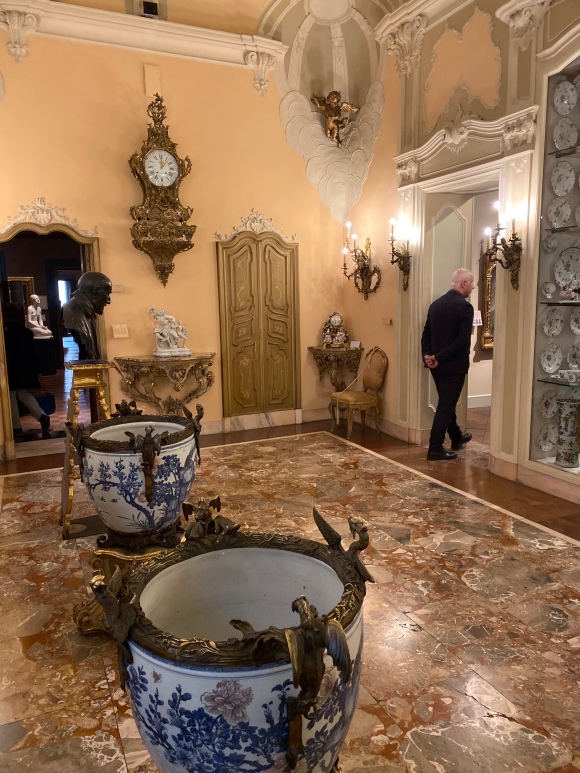 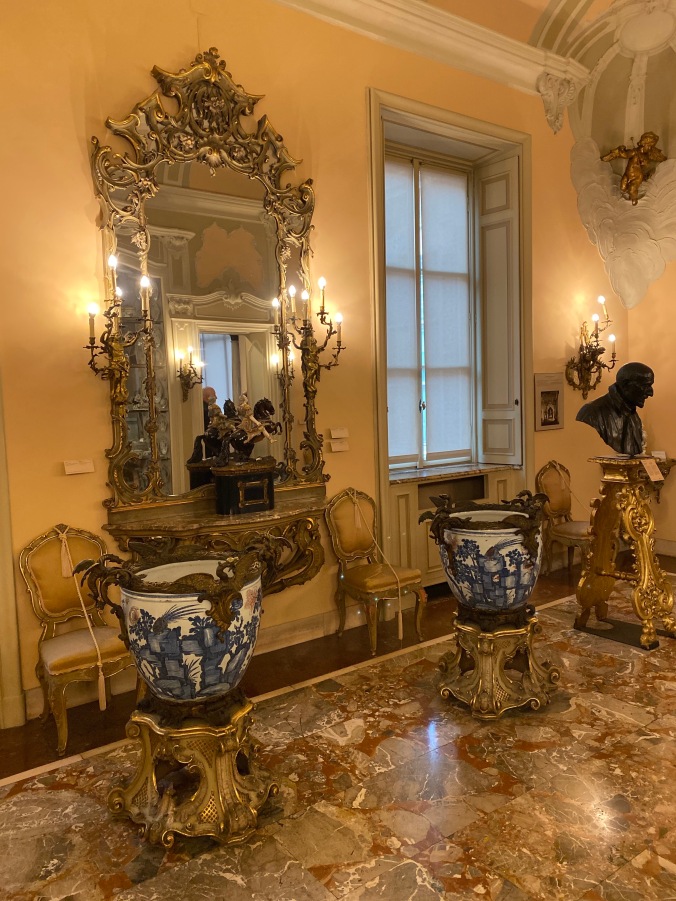 Angels in the architecture:

Dragons on the pottery: 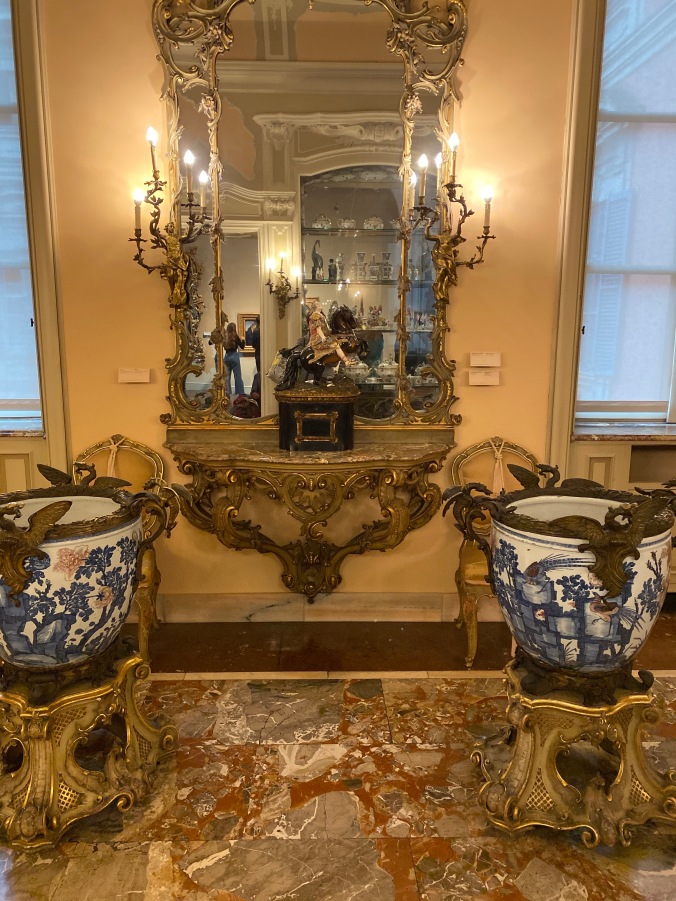 I love the way they display the ceramics: why not affix objets to the ceiling?  It is a wasted flat space otherwise.  Genius.

Moving on to the important objets: Piero del Pollaiuolo magnificent Portrait of a Young Lady. 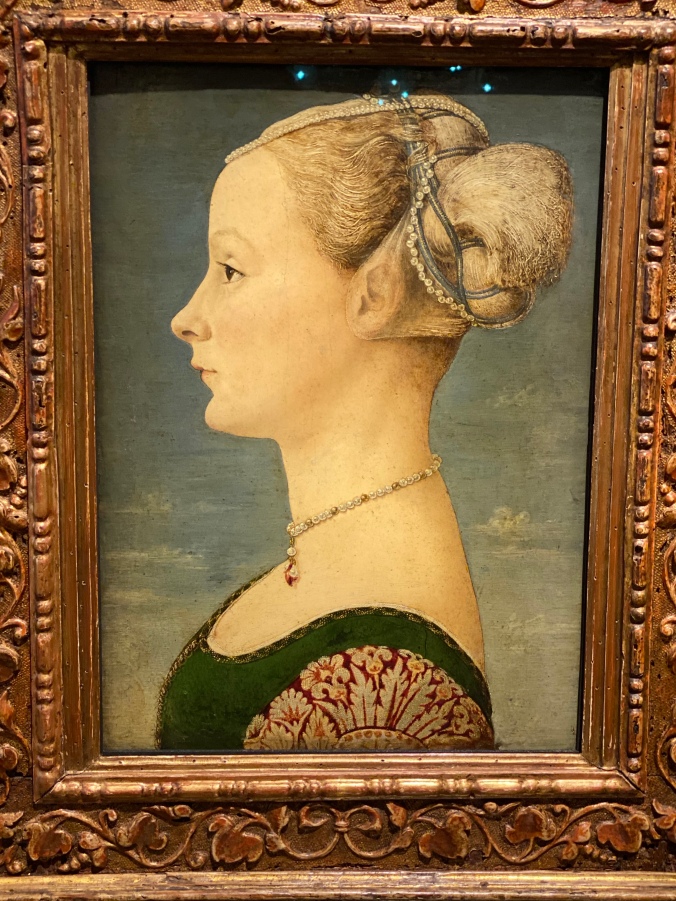 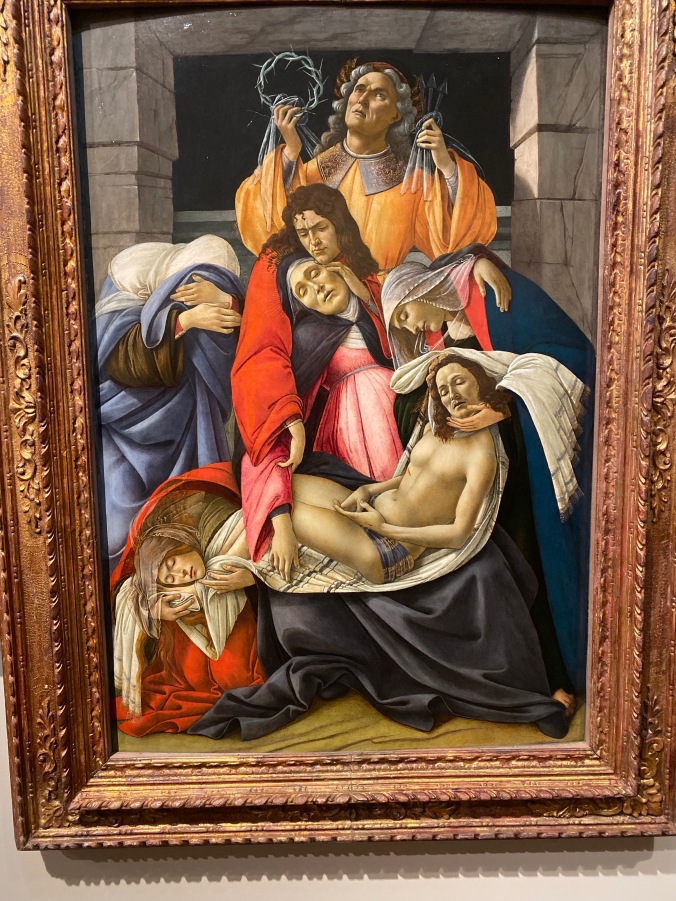 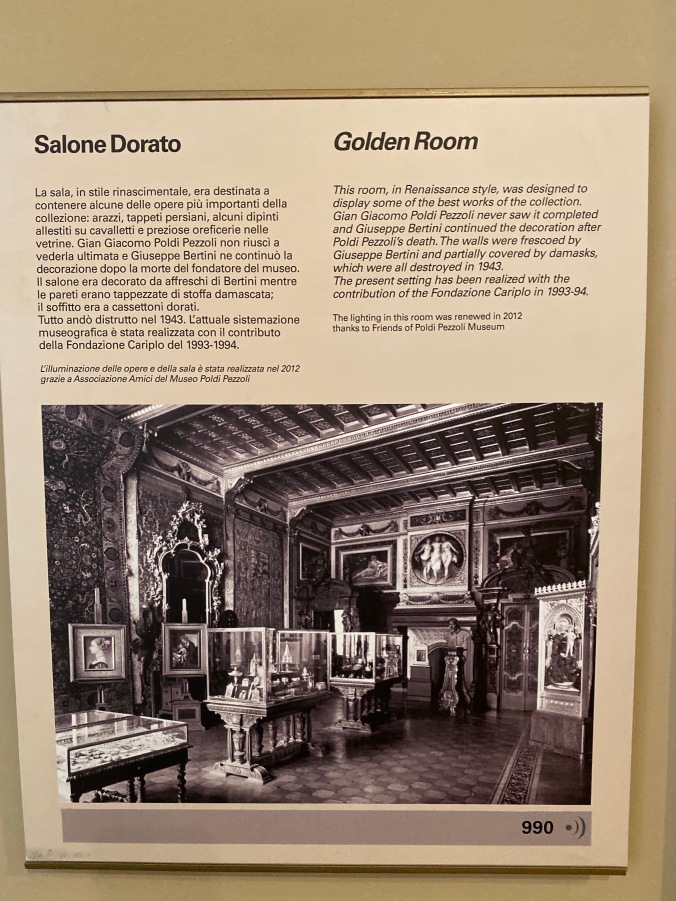 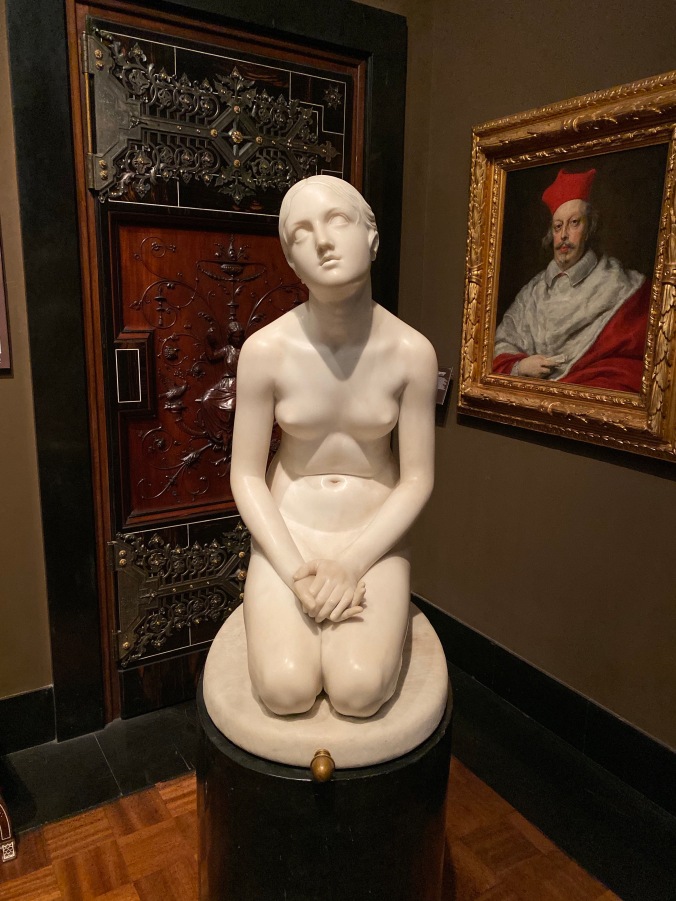 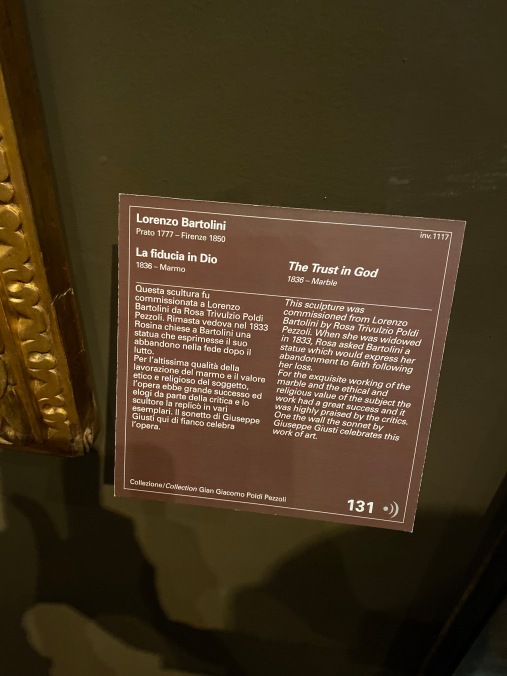 Ah, the glass.  It gets me every time: 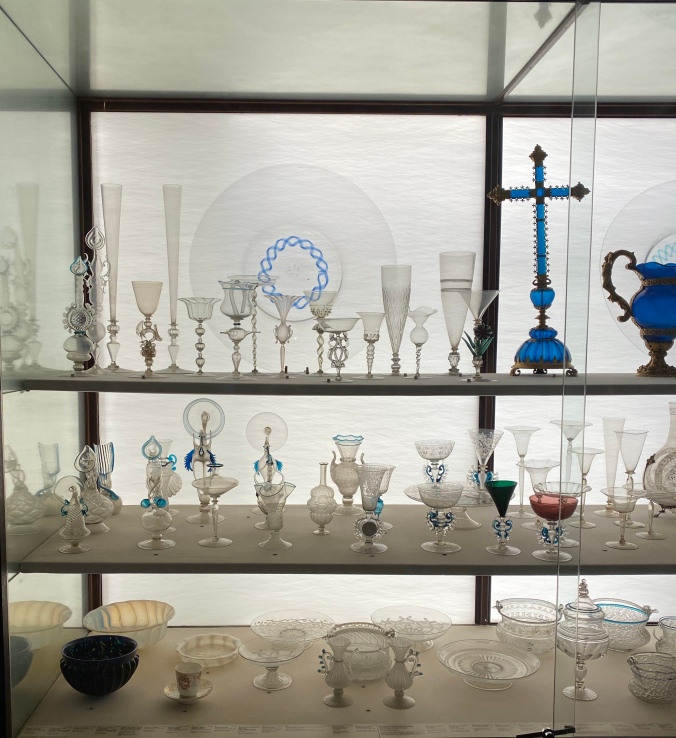 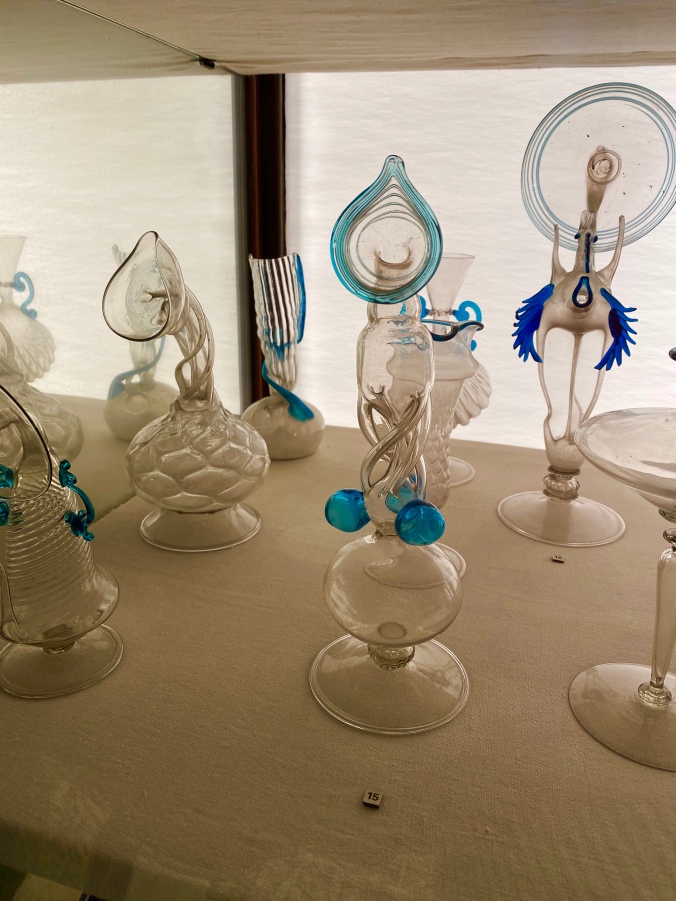 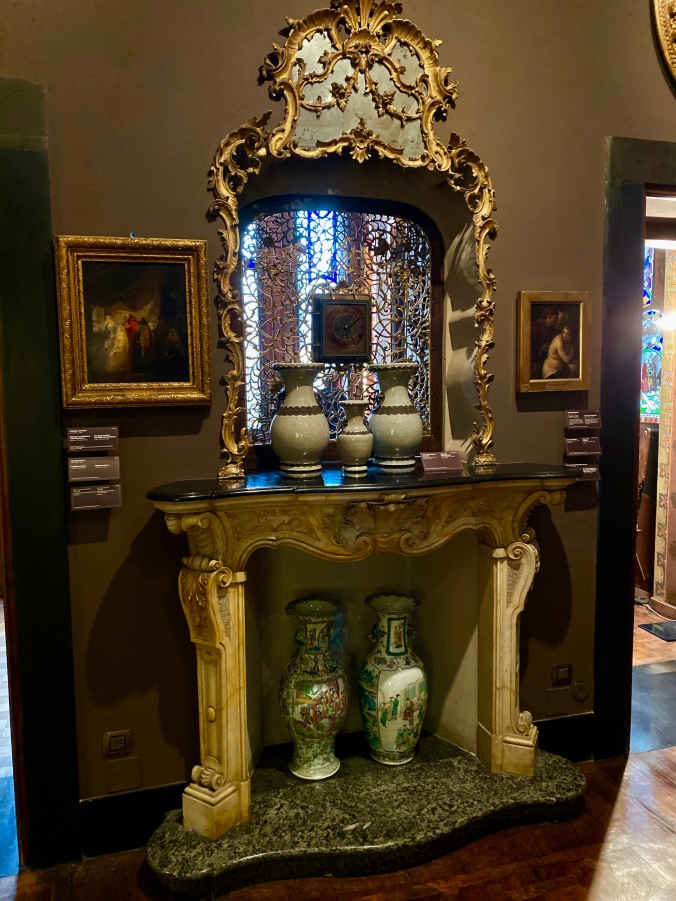 The panel below made me laugh.  I love how the sculptor included the slippers at the side of the bed! In this dastardly scene of homicide, don’t forget the slippers! 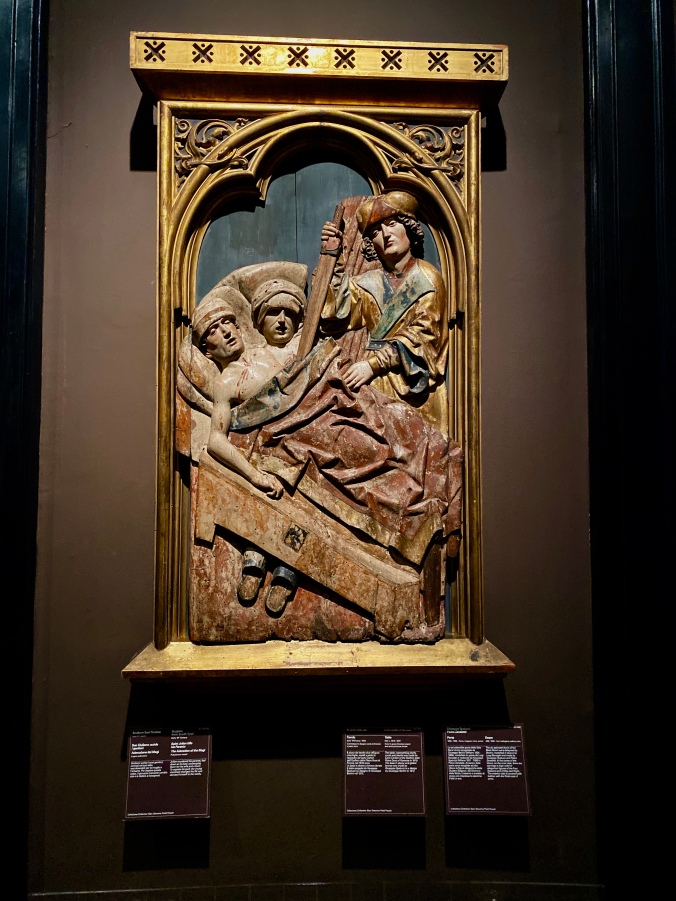 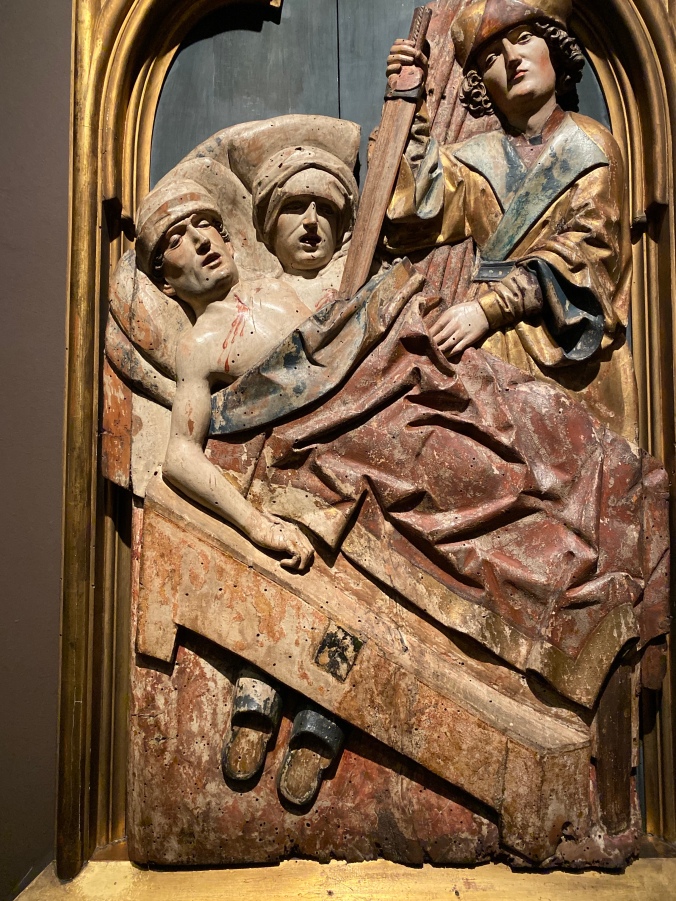 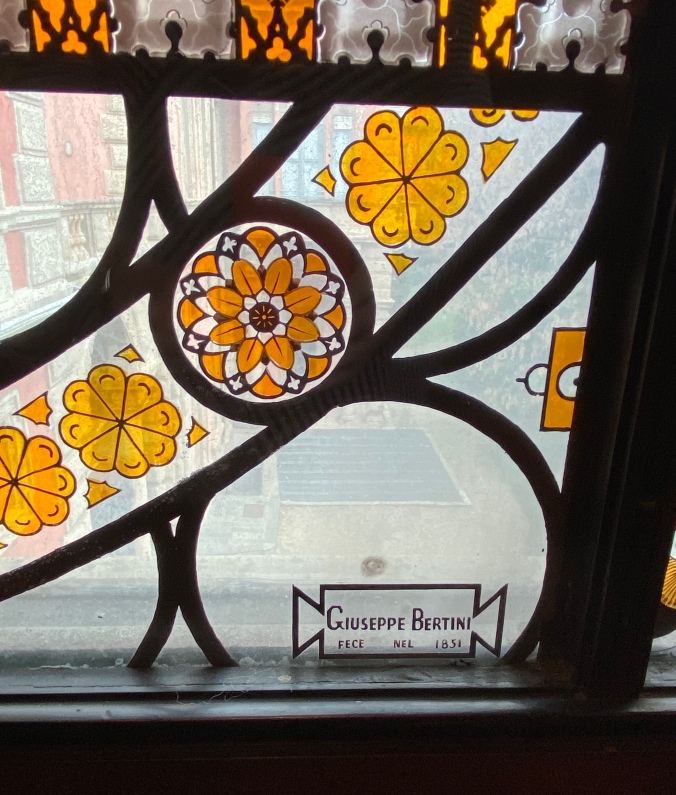 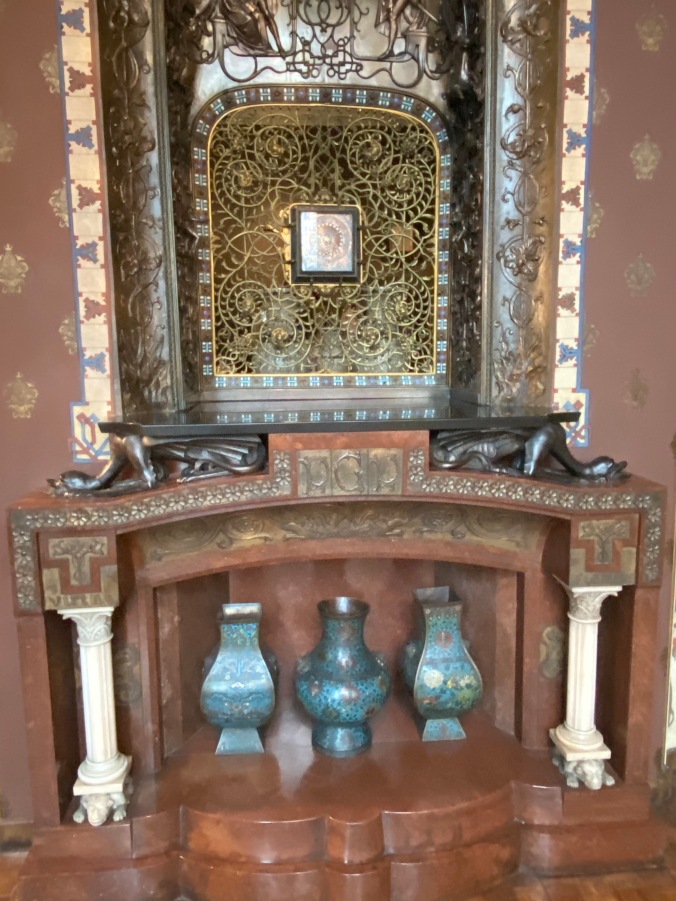 Since 2019 marks the 500th anniversary of Leonardo da Vinci’s death, the world is paying homage to the great artist with myriad exhibitions.  The Poldi Pezzoli joins them with a major painting, on loan from the Russian Hermitage Museum, just for the occasion. Leonardo painted this work during his time living in Milan. 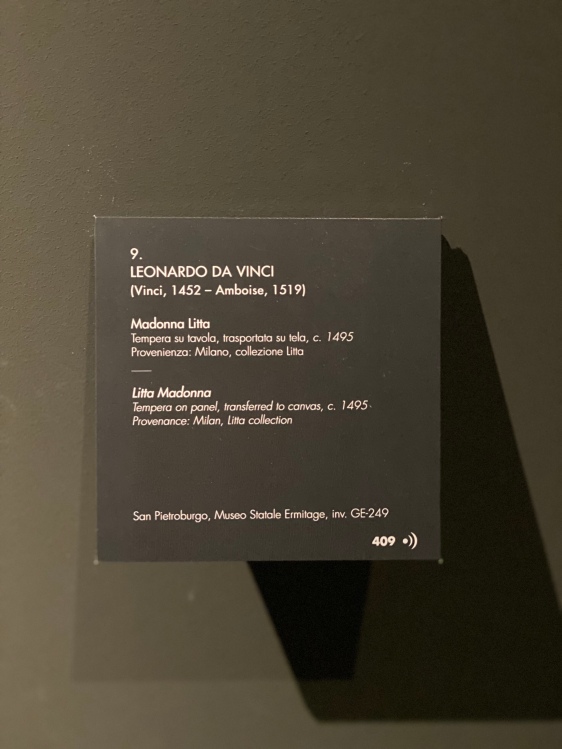 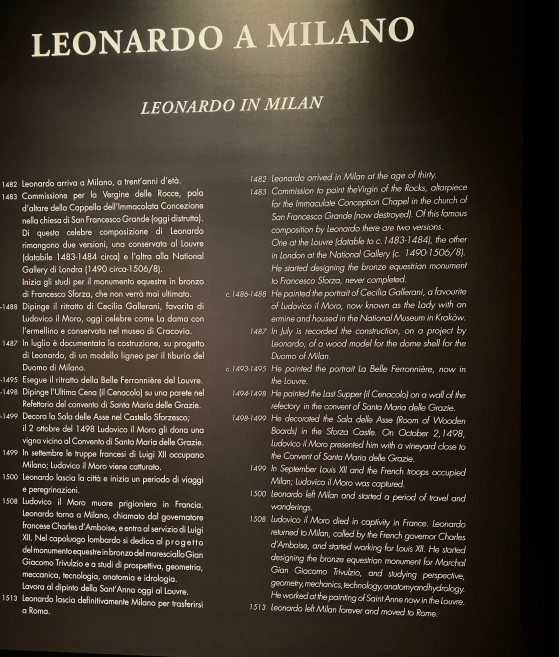