Paris, you never disappoint! Even with your strikes–which were a pain in my neck, but especially my feet–I love you still! Perhaps part of your allure is your difficulty. You aren’t easy.  But, you are worth all the trouble.

This is how you greeted me on my first day. My taxi driver couldn’t get to my hotel because your strikers were on the boulevard nearby.  I will give you this: your protest was civil and, I noticed in the 10 days I was with you, they never get started in earnest before late afternoon.  That is my kind of striking schedule. 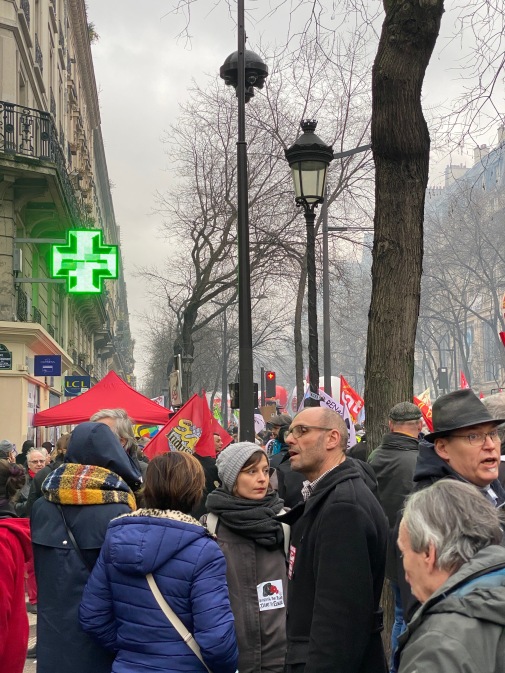 But, we can overlook the strikes. Let the beguiling begin: 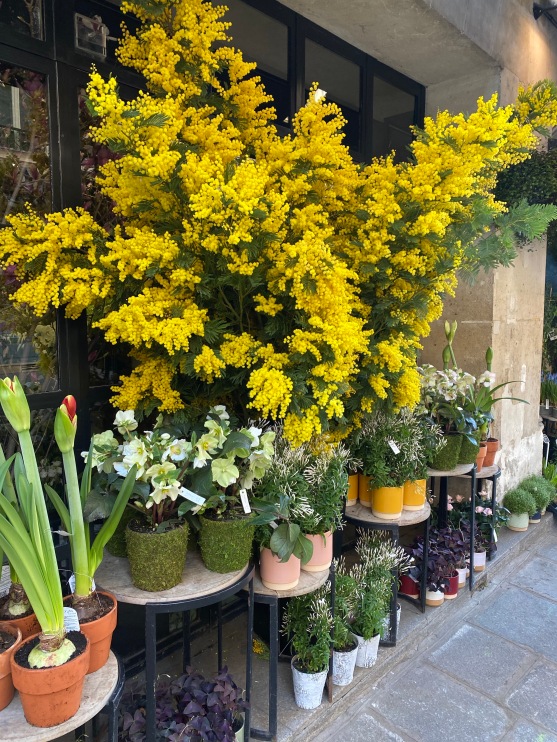 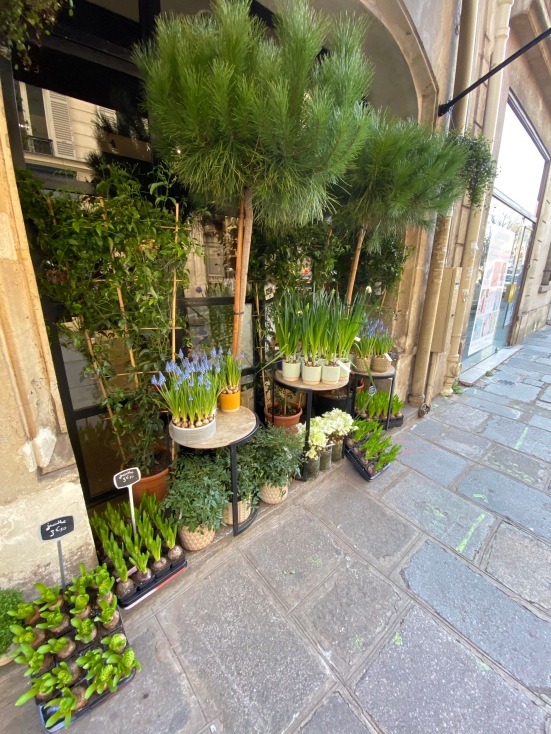 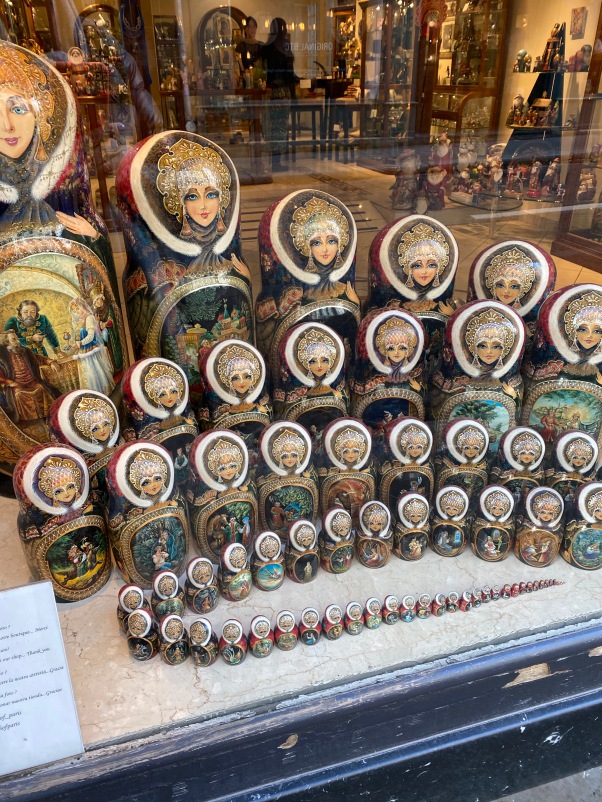 Your architecture thrills the eye:

The Seine…what can I say?

I both love and hate le Musée du Louvre (especially after Friday, Jan. 17, 2020). Still, it is undeniably spectacular: 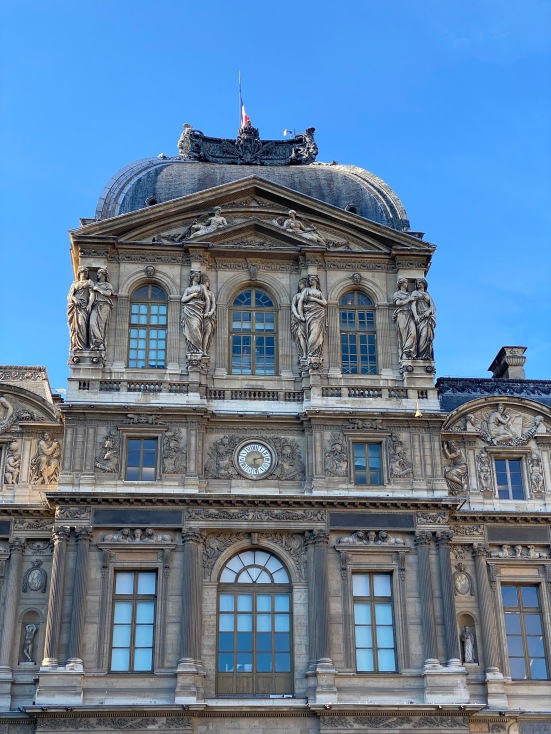 Check out this living wall.  I’ve seen other living walls in other cities, but I mean, this one is extreme!

Then, there is that little old department store called Le Bon Marché Rive Gauche, founded in 1838 and revamped almost completely by Aristide Boucicaut in 1852,  which was one of the first modern department stores. Now it is the property of LVMH and it sells a wide range of high-end goods, including food in the adjacent building at 38, rue de Sèvres, called La Grande Épicerie de Paris.  Other cities have magnificent department stores. You have this one in a grand, original building on the Left Bank.

The street art…I love it!