I’m in Rome!  Woo hoo!  All roads lead here and I couldn’t wait to follow one of them and to enjoy the city without the usual summer hordes of tourists.

I spent the lockdown refreshing my study of Michelangelo and I’m on his trail here in Rome.  I started my visit today by admiring the beautiful Porta Pia.

The elaborate Porta Pia is a gate in the Aurelian Walls of Rome, designed by Michelangelo for Pope Pius IV.  Construction began in 1561 and ended in 1565, after the artist’s death. A 1561 bronze commemorative medal by Gianfederico Bonzagna shows an early plan by Michelangelo, very different from his final design.

A new gate was needed because by the mid 16th century,  the newly developing urban area outside the walls couldn’t gain access through the nearby ancient Porta Nomentana from the Via Nomentana. It was decided to add a new gate to the walls, and, according to Vasari, Michelangelo presented three different designs to the Pope, which were beautiful but too extravagant, and the Pope chose the least expensive of the three. Unfortunately, the drawings are not extant and it is not known if  the work was actually carried out to Michelangelo’s original plan.

The gate was, however, Michelangelo’s last architectural work.  He died shortly before the structure was completed. The work was carried out by Giacomo Del Duca, who also built Porta San Giovanni, seen below. 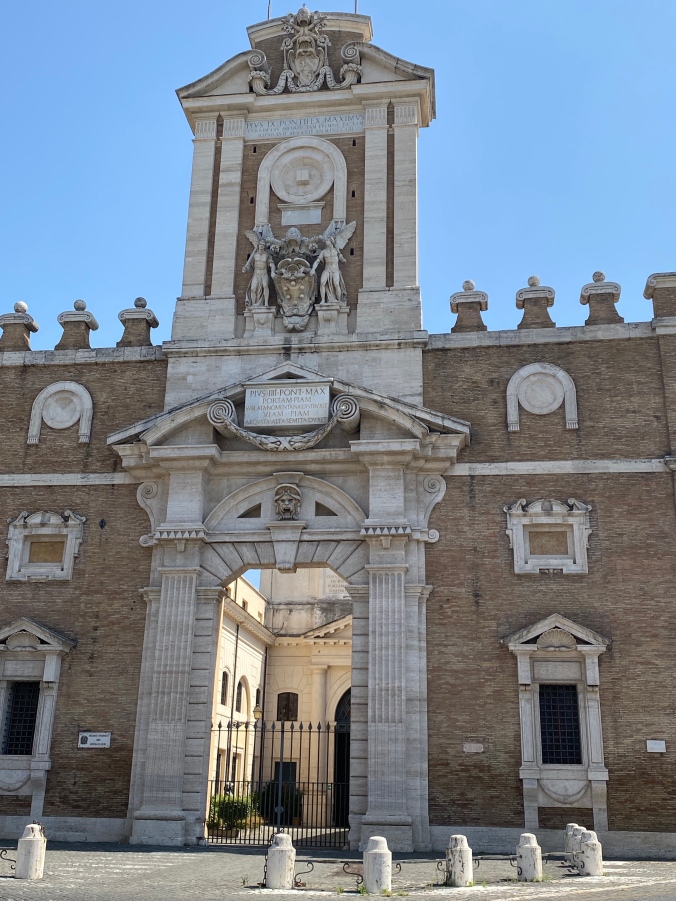 The Porta Pia is one of the 18 gates inserted in the defensive Aurelian Walls. 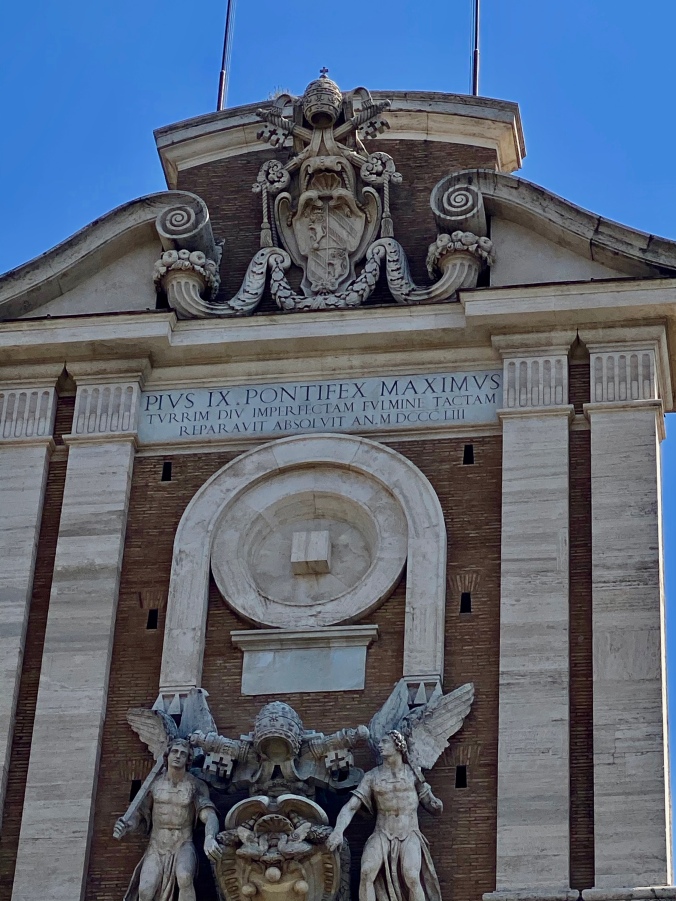 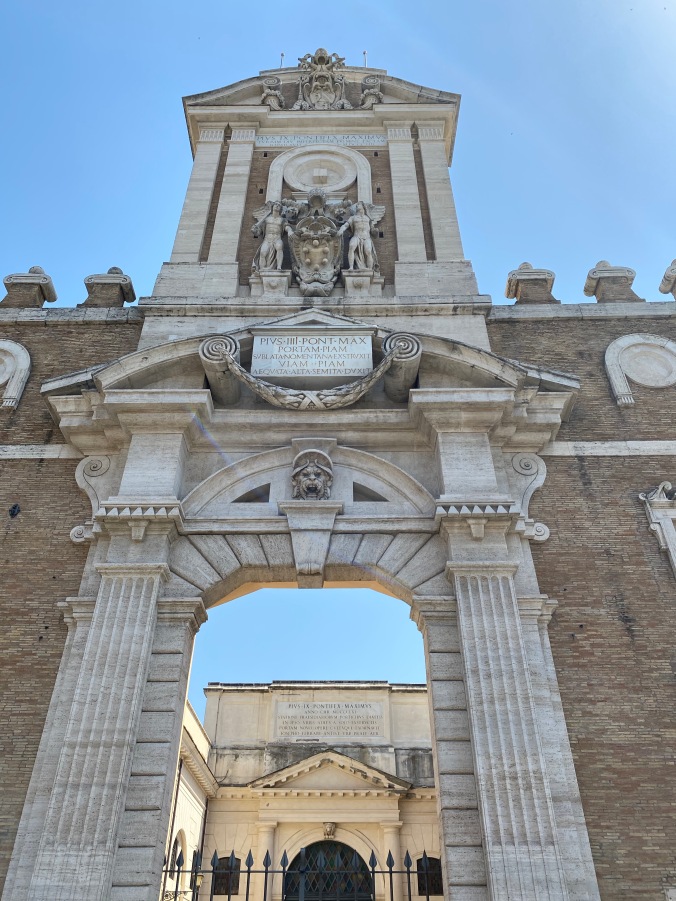 Interestingly, the opposite side of the Porta Pia is also quite interesting. It was constructed in 1869 in the Neo-Classic design by Virginio Vespignani.

The Aurelian wall was breached during the Risorgimento.  This fabulous vintage photograph, dating to after 1870, shows the breach to the right of the gate.

It was through an artillery-opened breach – known as the “Porta Pia breach” – that on September 20, 1870 Bersaglieri soldiers entered Rome to complete the unification of Italy. A marble and bronze monument is to be found at the exact point of the breach.

This painting by Carlo Ademollo, 1880, shows the Kingdom of Italy troops breaching the Aurelian Walls at Porta Pia during the Capture of Rome.

Here also, on September 11, 1926, the antifascist activist Gino Lucetti threw a bomb against the car transporting Benito Mussolini.  It was without effect.