Prato, just a short distance from Florence, has a long and celebrated history of textile manufacture.

In honor of this long local tradition, Prato is also home to a fine textile museum, the Museo del Tessuto, dedicated to the city’s historical and contemporary textile production and art.

Even today, Prato is one of the largest industrial districts in Italy, the largest textile center in Europe and one of the most important centers in the world for the production of woolen yarns and fabrics.

The Museo is the largest cultural center of its kind in Italy. It celebrates the Prato district, which has been identified with textile production since the Middle Ages. Today the district boasts over 7,000 companies operating in this sector.

The Museum was founded in 1975 within the “Tullio Buzzi” Industrial Technical Textile Institute, as the result of an initial donation of approximately 600 historical textile fragments.

These were added to examples which had been gathered over the years by the Institute’s professors for students to consult and study. Since then, the collection has  grown thanks to the contribution of the Buzzi Institute Alumni Association and other important civic institutions, such as the Municipality of Prato, Cariprato and the Pratese Industrial Union.

In 2003, the new, permanent home of the museum was inaugurated in the restored spaces of the former Campolmi factory, a precious jewel of industrial archaeology situated within Prato’s old city walls.

Prato began to specialize in textiles in the 12th century, when garment manufacturing was regulated by the Wool Merchants’ Guild. 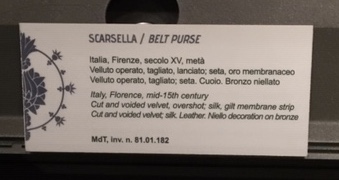 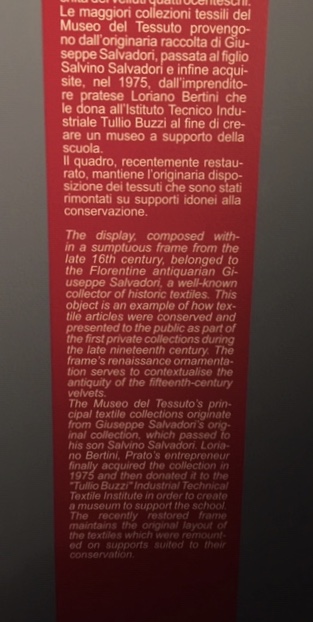 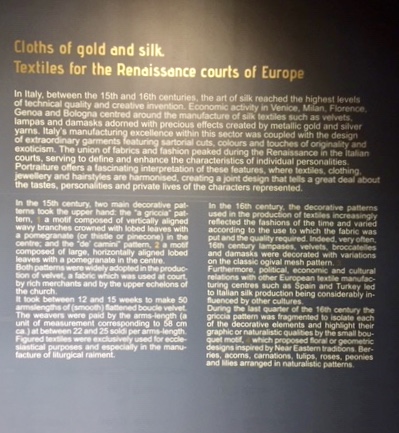 The political and economic decline experienced in Italy during the 16th and 17th centuries caused a drop in textile activities, but it resumed in the late 18th century with the production of knitted caps made for Arabian markets. 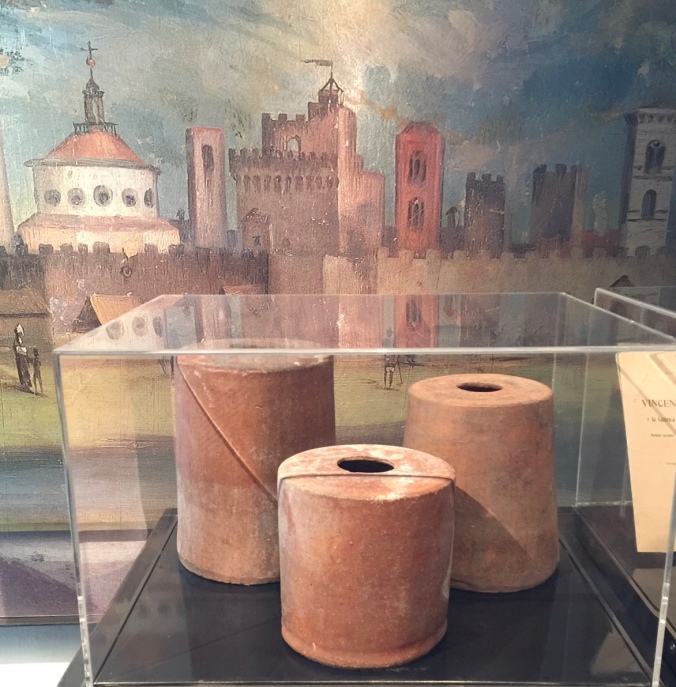 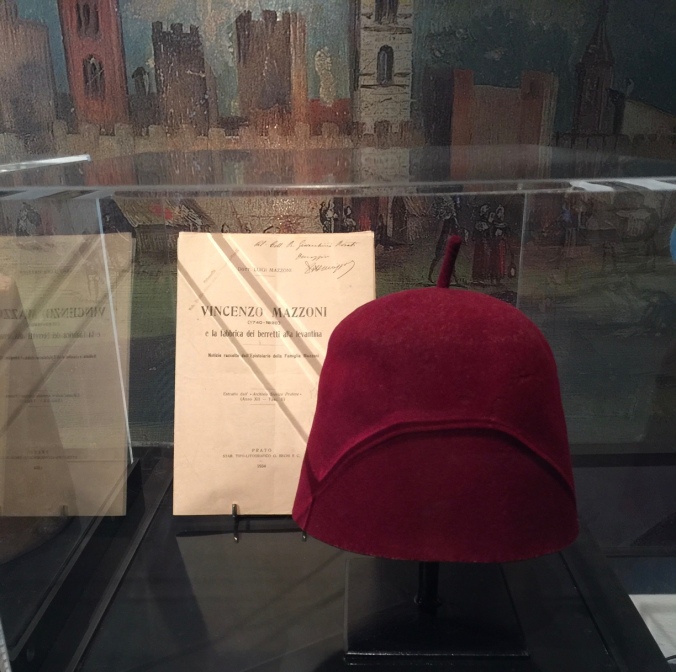 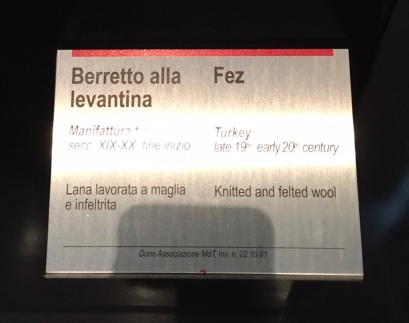 In the Prato area, industrial activities got under way at the end of the 19th century, with the introduction of mechanization (to which the brilliant local inventor Giovan Battista Mazzoni made important contributions) and with the intensification of textile working processes. The industrial take-off was also supported by foreign investors such as the Koessler and Mayer families of Austria, who created a company that lasted for decades and became locally known as the fabbricone, the big factory.

Basically, up to World War II the Prato textile industry was divided in two production circuits: one based on large vertically integrated companies with generally low-level standard productions (rugs, military blankets, etc.) made for export to the poorer markets (Africa, India, etc.); the other based on groups of firms carrying out subcontract work for the production of articles designed for the clothing markets. 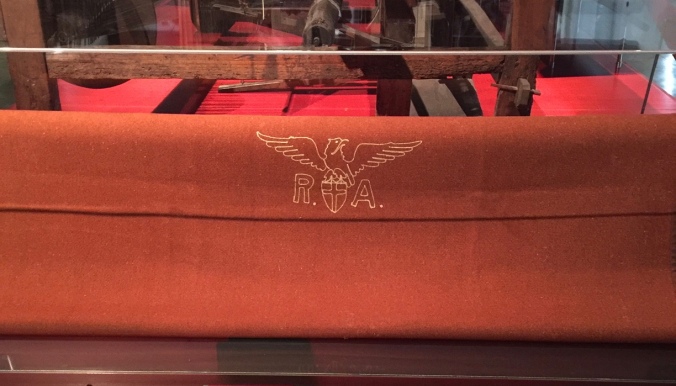 Between the postwar period and the early 1950s, the outlets towards low-level standard production markets rapidly disappeared. The production system underwent a rapid evolution, and the result was not so much the decentralization of subcontract work but an original form of reorganization largely based on the widespread distribution of work among small-scale enterprises (the so-called “industrial district”). The two dynamic factors of the new system were: (a) the subcontracting firms, which carried out the actual production and (b) the front-end firms, which were involved in product design. 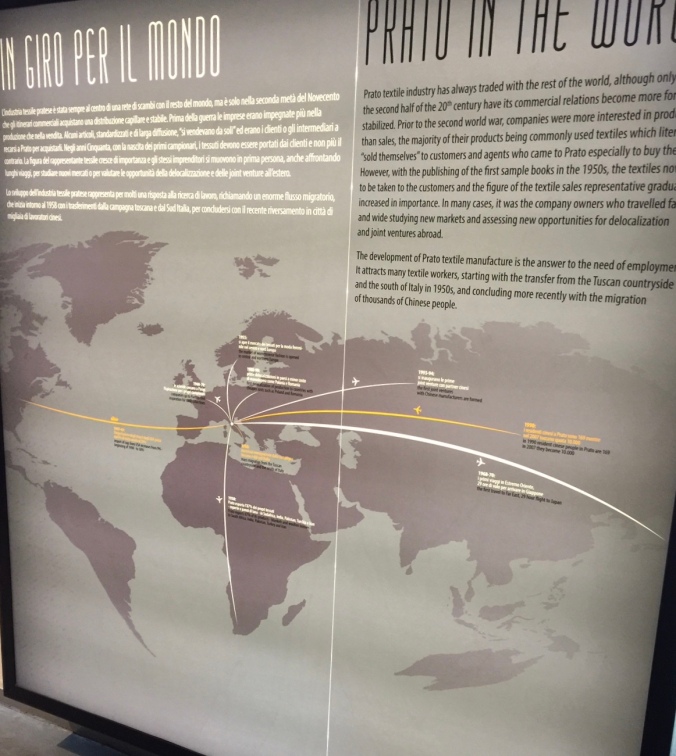 Below, some miscellaneous shots of the museum. 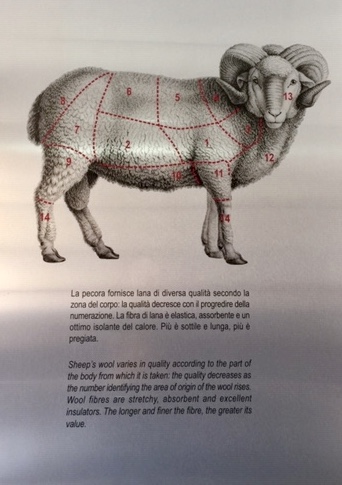 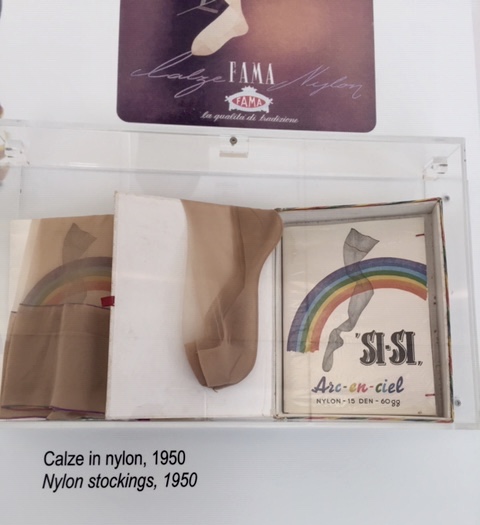 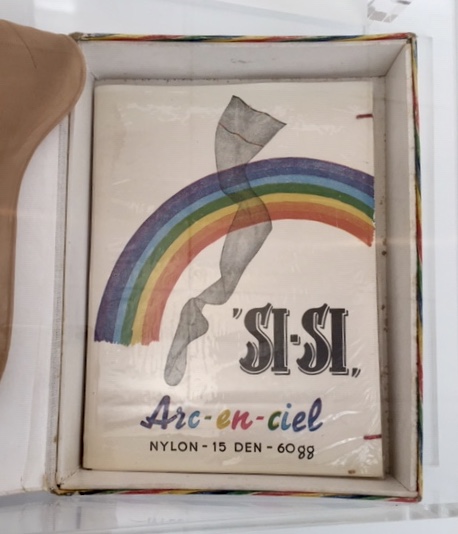 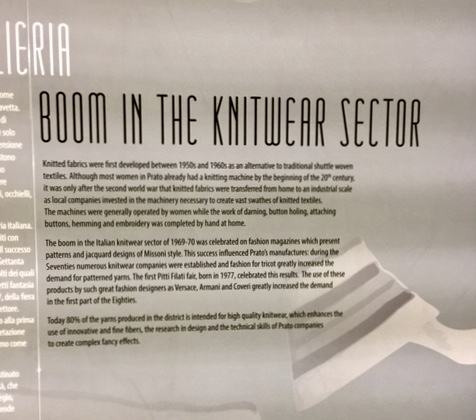 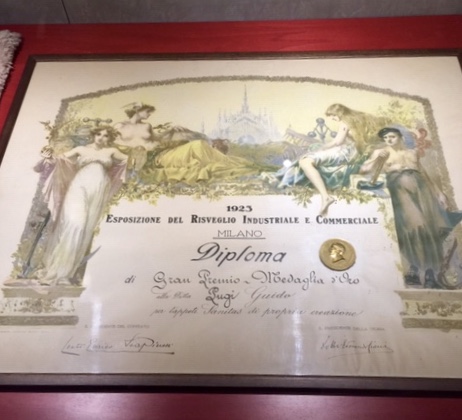 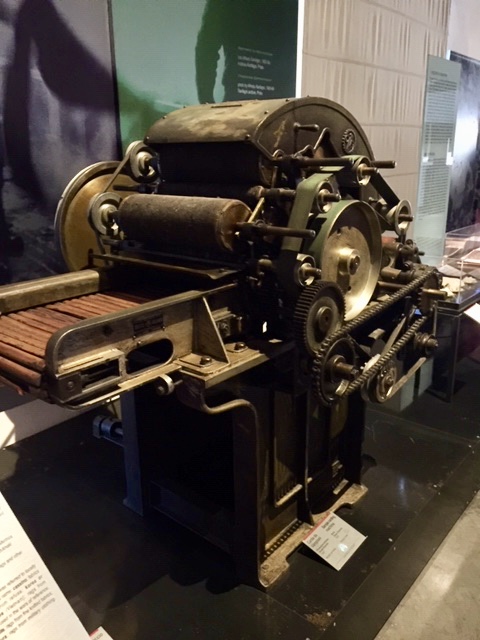 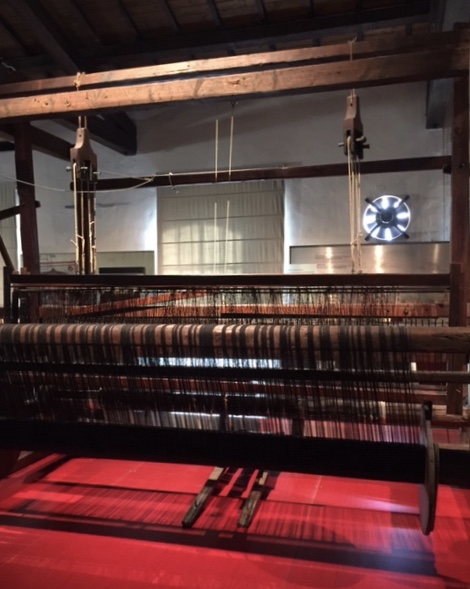 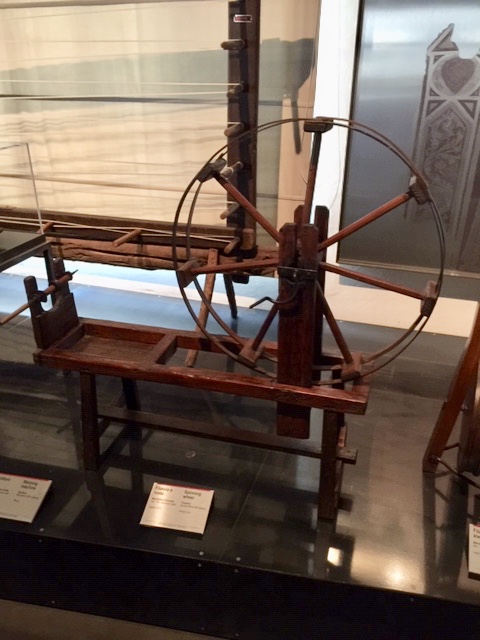